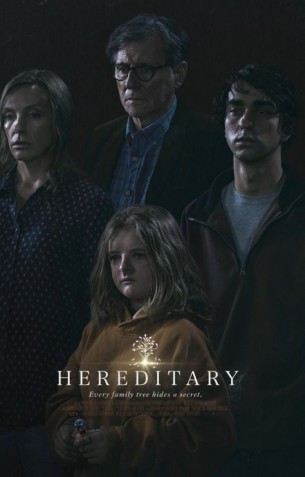 Toni Collette and family members are living in the outskirts of a town. The lady’s mother passes away but one night she feels her supernatural power is still present. What happens to the family after this incident forms the crux of the story.

Film is based on true events, so the realistic approach the director has given makes way to the believability factor. The filmmaker’s writing seems to have a great strength as the lead characters have proper depth and so the impact easily evolves. Dialogues are on point and measured, silent portions have worked well.

Screenplay is meticulous and purely content driven from start to finish. Emotions have carried with so much substance and so the progression is hard-hitting. Also the connection we make with the characters are also tight, that proves the brilliant storytelling. Narration pattern in few areas catches the eye with a varied perspective.

Performances are top-notch, casting choice is just perfect. The mother, two kids have superb acting scope and they’ve used the opportunity to their fullest. But the other two leads, the father and grandmother have less importance, so their acting gets unnoticed.

Movie contains the best edit work in recent times. The cuts, layering a scene with multiple angles and shifting the angle to convey the intentions are all done in an effortless manner. Cinematography is skillful as well, angles are apt and clears up the point of view factor. Art direction is fabulous, the miniature and small handmade toys look so authentic.

There are certain places which try to keep the viewers hooked up with jump scares but the quantity is way too low. The horror factor gets faded away at halfway. Initially, the story takes off in a sluggish pace. Also 130mins is quite long for this movie which travels only with minimal number of characters. Incorporating some cinematic gimmicks in the flow grabs steady attention. But given the time, the film could have offered much more excitement factor, especially in the middle portions.

Unique approach given to the story

Storytelling with no deviations

Becomes slow in the proceedings

Takes a sweet time to pick up

Verdict :Less on jump scares, yet the storytelling is on point with power-packed emotions.

Hereditary is a English movie. are part of the cast of Hereditary. The movie is directed by Music is by . Production .