Doctor Strange In The Multiverse Of Madness Movie Review (2022)

Doctor Strange in the Multiverse of Madness Movie Review 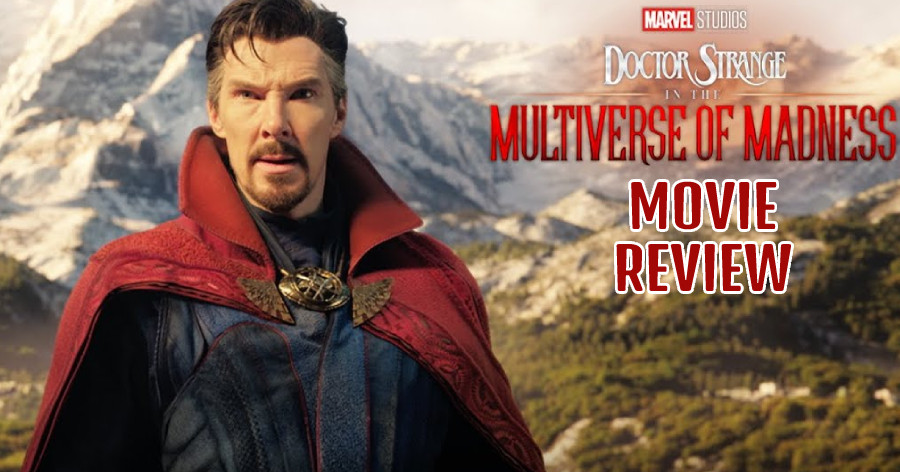 Doctor Strange In The Multiverse Of Madness Movie Cast & Crew

An unexpected being threatens the entire multiverse of its destruction. Doc Strange takes it upon himself to save mankind. Will he succeed?

STORY:
Doc Strange comes to know about several multiverses in existence and also about how all of them are in threat. What’s threatening it is a highly dangerous supernatural being who might lead to the destruction of mankind. Doc strange must do whatever he can to stop this annihilation.

SCREENPLAY DIALOGUES AND DIRECTION:
The screenplay is well crafted and structured beautifully. It keeps the audience on their toes with how fresh and interesting the screenplay is. Keep in mind that since the MCU (Marvel Cinematic Universe) has entered a completely new dimension, the writers have done a great job adapting to that and did a pleasurable job in creating those extra layers for us. Its inclusion of some of our beloved Marvel characters has been cleverly done, catching the audience by surprise. The screenplay did not just include them but also got them their fair amount of screen time. The story and the scenes are carefully but smartly written.

Since the movie had a lot of ground to cover in such little time, not a lot of time was wasted with unnecessary dialogues. Around 98% of the dialogues pertained to the subject matter whereas all the characters learn about new information, we too learn the same things at the same time. The other 2% is just some jokes here and there which gives an amount of light-hearted feel to this rather horror-esque movie. It was great to see Sam Raimi sit on another Marvel movie’s director’s chair yet again nearly after 15 years. The superhero-horror genre of the movie worked to his strength as we know what a legend he is when it comes to the horror genre. He brings back some of his trademark shots in the film and it works perfectly. His vision of Doctor Strange was exceptional and bringing him in as the director was a solid choice!

CAST:
Benedict Cumberbatch as the arrogant and magical Doctor Stephen Strange has done a commendable job as the Master of the Mystic Arts. Being a movie dealing with the multiverse, Benedict had to play various versions of his superhero persona who were all different from one another. But he nailed these different characters with ease and was able to portray the essence of each of their personalities. Newcomer Xochitl Gomez as America Chavez was the perfect option for the character. She was able to express any and every emotion that she was required to do. She clearly gave it her all with this awe-inspiring performance.

Elizabeth Olsen as Wanda Maximoff / Scarlett Witch has proven to us she can seem as deadly as she does seem charming. She has showcased the other side of her character in a truly terrifying yet captivating manner. Her performance speaks for itself as we, as the audience, get so engrossed in her antics with each passing second and that is exactly what the movie demands- which it ended up getting.

TECHNICAL:
Since VFX comes under the technical side of things, words cannot explain how well it was done. Everything was made to look exactly how it would look in the real world. Few shots here and there with their clunky effects were quite disappointing, though. The music was superheroic when it needed to be and had a tinge of horror and thrilling element to it when it needed to be during scenes of tension and unpredictability. The cinematography was also extremely good given an extensive part of the film was shot on a green screen which makes capturing video in that format, not the easiest thing to do. It also really excelled in the areas where there are jumpscares

Verdict: Doctor Strange in the Multiverse of Madness is a visual spectacle filled with goosebumps moments, deserves a watch!

Doctor Strange In The Multiverse Of Madness Movie News

New exciting GLIMPSE from DOCTOR STRANGE sequel - you cannot miss this one!!

New Exciting GLIMPSE from DOCTOR STRANGE 2 is out - See it to believe it!!

Moon Knight loses his contact lens and gets help from an unexpected person - FIND OUT WHO!!

Here is the UNSEEN FUN NEW VIDEO from Spider-Man: No Way Home - a big treat for all Spidey fans!!

Marvel releases the official teaser of its next big project - try not to miss this one!

Doctor Strange in the Multiverse of Madness director quits!