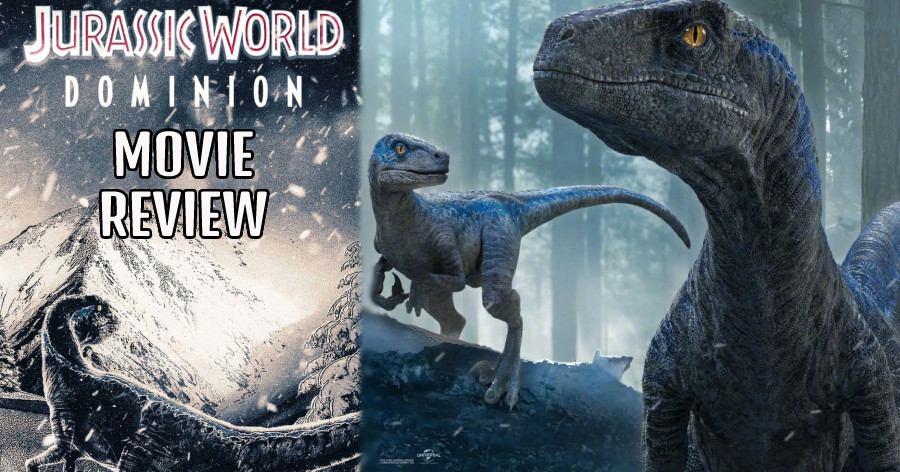 STORY:
The story starts four years after Isla Nublar has been destroyed. Dinosaurs now coexist on the planet along with humans in the world. The future of mankind hangs in the balance as they it must be determined whether human beings are to remain the apex predators on a planet they now share with history's most fearsome creatures.

SCREENPLAY, DIALOGUES AND DIRECTION:
First and foremost, the screenplay is bad and uninterestingly done. Unlike the previous Jurassic movies, there seems to be nothing at actual stake. The characters do not face any real danger and always manage to graze past death-defying scenarios without a scratch on them - due to plot armor. But the plot is more armored than the Ankylosaurus which resulted in the movie being a little unbearable to watch. With a lot of loopholes here and there, the screenplay takes a huge hit.

The dialogues are fine, in the sense that it is only to make the movie move forward. But since that is the ultimate goal for any movie, it can be excused. But other than that, there is not much contributing to the feel of the story in order to get the audience excited about anything.

The direction took a hit, as well, because of the lackluster screenplay. One of the fewer positives is that the director decided to show a lot of dinosaurs in this movie. A lot more than seen in any of the other films in the franchise. The action and chase sequences with the dinosaurs are thrilling and exciting but that is pretty much it. Once such scenes are over, the audience is dropped back into the mediocre storytelling.

CAST:
The cast comprising of Chris Pratt, Bryce Dallas Howard, Sam Neill, Laura Dern, and Jeff Goldblum in the lead gives it all that they have got. All that they could contribute to this skullbreaker of a film, they contributed. They could not have done any better to save this half sunk film. Titanic stayed afloat for longer!

TECHNICAL:
The CGI, VFX, and animatronics used in the film cannot be complained about. Hollywood being Hollywood, managed to deliver the best of the best in the film. The dinosaurs were well portrayed with a lot of attention to detail. The blue screen background was well generated and will hardly make the audience question it.

SO?
Jurassic World Dominion is not for the light-hearted, nor is it for the strong-hearted. With a very mediocre screenplay and unimpactful execution, this one is a bad miss!

Verdict: Jurassic World Dominion has a lot to show but nothing to tell!

NEW GLIMPSE from JURASSIC WORLD next part - Big treat for all dino fans!

What next for the Jurassic franchise after Jurassic World: Dominion? Producer reveals

Jurassic World: Dominion release delayed by a year, to hit screens on June 10, 2022