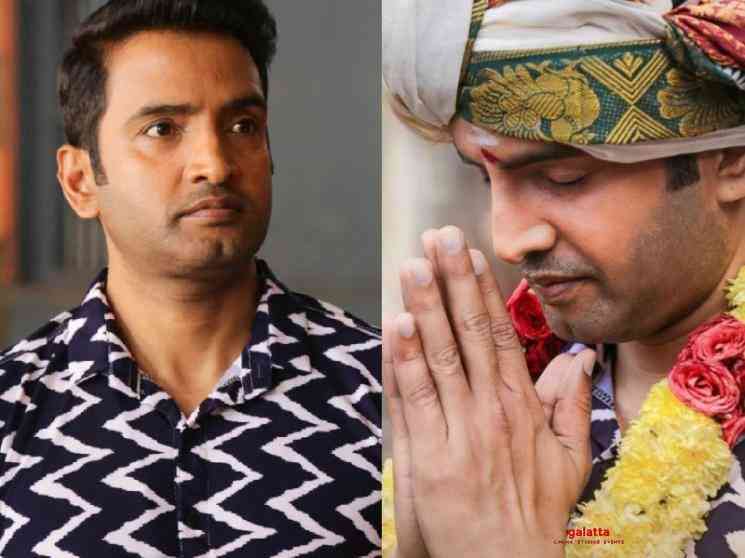 Santhanam has signed a new Tamil film which was officially launched this morning (December 21) with a special pooja. This new movie will deal with the relationship between a father and a son and it will be directed by debutant R Srinivasan, a former associate of director Arivazhagan (Eeram, Kuttram 23 fame). Srinivasan has also directed a few television ad commercials in the past. C Ramesh Kumar will produce this film under the banner of RK Entertainment and it will have music scored by Sam CS. Notably, the Kaithi composer is teaming up with Santhanam for the first time with this film. MS Bhaskar has been roped in to play Santhanam’s father in the film and considering the fact that the film revolves around the father and the son, it looks like MS Bhaskar has got a strong role.

Sayaji Shinde, Vamsi Krishna, ‘Lollu Sabha’ Swaminathan will be seen as supporting characters. Madhavan will take care of the editing. The shooting of the film began today after the pooja at Kumbakonam and the first schedule is expected to happen here for the next few days. Further schedules have been planned at places like Trichy, Srirangam, Chennai, etc.

Talking about the film, director Srinivasan says, “The premise of this film has perfectly suited Santhanam. Apart from comedy, this film will be high on sentiment, showcasing the emotions between a father and son. The audience will relate to a lot of sequences in the film and it will be an emotional roller-coaster ride. We have planned to make this film cater to all kinds of audiences and we are sure it will get a good response in all the centres. Santhanam will be seen in a new dimension and his character will definitely garner attention. We are introducing a new face as the heroine and the film has been planned to be shot on a high budget. We will execute the entire shooting as per the Covid-19 norms advised by the Government".

Santhanam had recently wrapped up the shooting of his film, Parris Jeyaraj, that is directed by K Johnson of A1 fame. The film has music composed by Santhosh Narayanan and has Anaika Soti and Sastika Rajendran as the female leads. Parris Jeyaraj is currently in the post production stages and the makers have planned to release the film in January 2021 in theatres. Stay tuned for more updates.