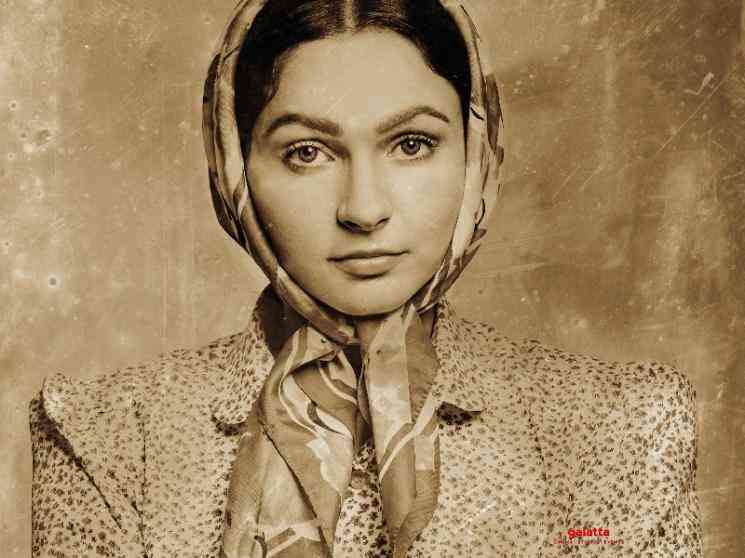 Mysskin is actively busy with the pre-production works of his next directorial venture, Pisasu 2, that stars Andrea Jeremiah, Rajkumar Pitchumani, and Poorna in the lead roles. Pisasu 2 will have a fresh premise with newer characters and will not have any major connection with the first part. Pisasu became a super hit success at the box office with the support of the audience and the film was lauded by everyone for its unique take on ghosts, souls, and spirits. Mysskin opted to showcase the positive side of a ghost through Pisasu and it won the hearts of the people. He is now getting ready to make the sequel and let us hope that it turns out to be good.

The film’s protagonist, Andrea is celebrating her birthday today (December 21) and wishes have been pouring in for the talented musician turned actress from all quarters. Marking the special occasion, Mysskin released the first look poster of the film. Andrea’s character look was revealed through the poster and it has gone viral among the fans. Andrea’s makeover looks intriguing and it looks like the film has a period touch. The poster makes us curious about the movie and Mysskin manages to tease us with this new poster.

Sharing the poster, the Thupparivaalan director wrote on his Twitter page, “Let’s light the candle and celebrate the special day of our protagonist Andrea. @andrea_jeremiah Happy birthday and wishing you a long creative life. -Mysskin #pisasu2”. The shooting of Pisasu 2 is planned to begin next month and the preparatory works are happening at full swing. A grand set is being constructed at Dindigul. The entire shooting of the film will be completed in a single schedule from start to finish. This horror thriller will be produced by T Muruganantham under the banner of Rockfort Entertainment.

Karthik Raja will compose the music for the film and the fans are super excitedly waiting to listen to his score. Siva Santhakumar will work as the cinematographer, while Kabilan will take care of the lyrics. The song recordings for the movie happened recently and Super Singer fame Priyanka NK crooned for a song. Mysskin had taken to his Twitter page to praise Priyanka's soulful rendition for the film. For now, check out the newly released character look poster of Andrea Jeremiah from Mysskin's Pisasu 2 here:

Let’s light the candle and celebrate the special day of our protagonist Andrea. @andrea_jeremiah