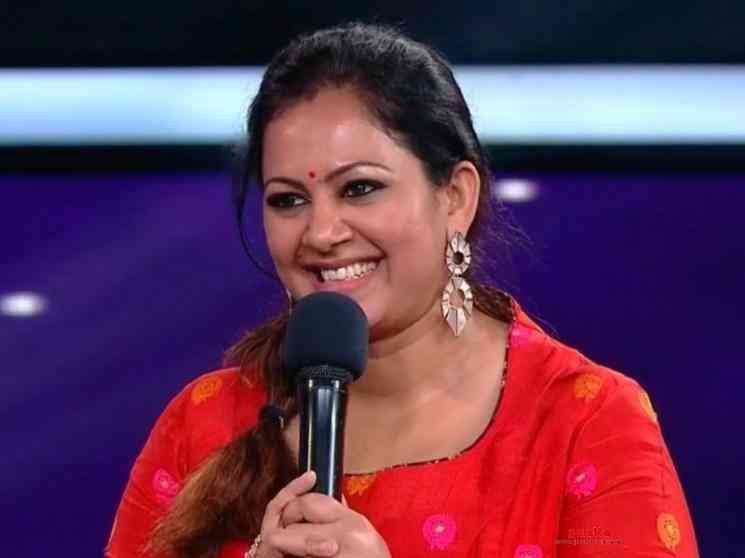 Bigg Boss Tamil season 4 is well into its third month, with 'Ulaganayagan' Kamal Haasan hosting the smash hit reality TV show being aired on Vijay TV and fans also catching it on the Hotstar OTT streaming platform. With less than a month remaining for the show to come to an end, nine contestants are currently battling it out to emerge for the title of Bigg Boss 4 winner as the latest to be evicted was the first wildcard entrant VJ Archana Chandhoke. Eliminated from the show on Sunday, many fans on social media have been expressing their opinions on Archana’s exit, including some sharing their disappointment and anger as well.

VJ Archana, who has since headed home after her Bigg Boss 4 exit and reunited with her family, has been actively checking out her mentions on Twitter and liking and retweeting some of the posts that are against her eviction. Although Archana hasn't openly expressed her dismay at being eliminated from Bigg Boss Tamil season 4, the Twitter posts she has been liking and retweeting suggest she is disappointed at the overall turn of events. One Twitter user tweeted saying she will no longer watch Bigg Boss Tamil season 4, while stating the popular VJ is genuine and loyal in comparison to the other contestants. Another commenter told that the show just went on to becoming horrible after Archana's eviction. 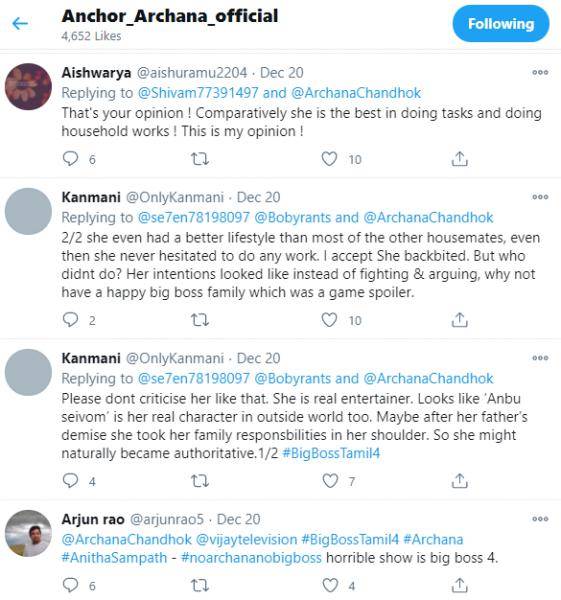 Archana's Bigg Boss Tamil 4 elimination has also evoked some passionate responses on social media as well, including one Twitter user stating that the popular VJ and host was the real entertainer on the show and also added that her 'Anbu Seivom' characteristic is something she carries forward in real life too. Another user stated that Archana was the best contestant in performing the tasks and household works assigned on Bigg Boss Tamil season 4. 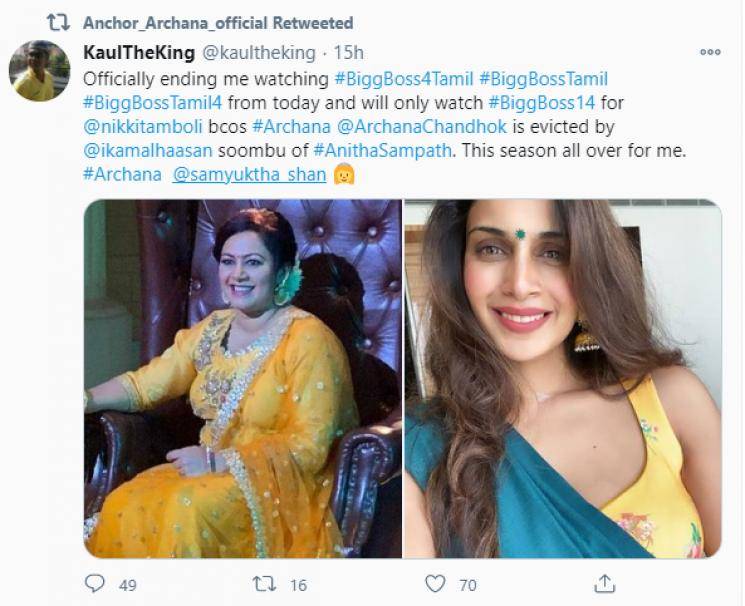 Having entered Bigg Boss 4 in the second week in October, Archana turned out to be a sensation and was a major part of a large number of activities and controversies and heated incidents. Archana was often seen being at loggerheads with Aari and Balaji Murugadoss, with their heated confrontations turning out to evoke a big interest among fans of the show. Bigg Boss Tamil season 4 has so far witnessed nine contestant eliminations among whom include Velmurugan, Suchithra, Suresh Chakravarthy, Samyuktha Karthik, Rekha Harris, Sanam Shetty, Aranthangi Nisha and Jithan Ramesh, with the response for the show now awaited after Archana's exit.