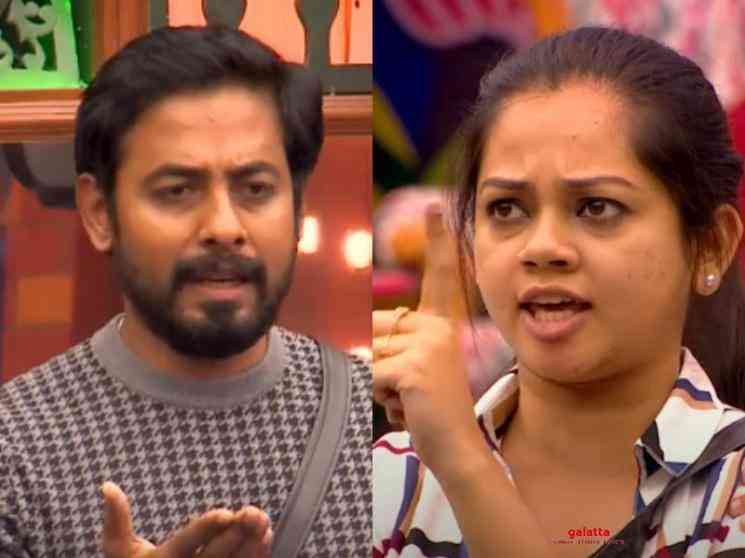 The fourth season of Bigg Boss Tamil season 4 is in the middle of its third month and is broadcast on Vijay TV, while also being streamed on the Hotstar OTT platform. The hit reality show being hosted once again for the fourth consecutive time by 'Ulaganayagan' Kamal Haasan has so far seen nine contestant evictions among whom include Velmurugan, Suresh Chakravarthy, Samyuktha Karthik, Rekha Harris, Sanam Shetty, Aranthangi Nisha, Jithan Ramesh and the wildcard entries Archana and Suchithra. The race is on as the other remaining contestants are currently battling out to emerge as the winner of Bigg Boss 4 among whom are Aari, Rio Raj, Balaji Murugadoss, Shivani Narayanan, Gabriella Charlton, Aajeedh, Som Shekhar, Anitha Sampath and Ramya Pandian.

With Bigg Boss Tamil season 4 now in its 78th day, Vijay TV has now released a new promo that focuses primarily on Anitha Sampath and Aari. In continuation of the events from the second promo earlier in the day, the contestants are asked to take part in 'Maattniya' task (trapped), with Shivani querying Aari who according to him is the most demotivated Bigg Boss Tamil season 4 contestant. Aari goes on to say Anitha Sampath's name, while stating that she had listed her reason earlier on the show as the thoughts that might be going around in the minds of her family members. Aari's words instantly evoke a strong response from Anitha, who informs him to not mention any of her family members in his statements. Aari reiterates that he needs to complete his statement, which Anitha rejects saying she cannot be waiting for him to finish what he’s saying. As Aari makes attempts to convey his point, we see Anitha's temper shooting up, with Gabriella trying to bring her back to a calm composure.

This latest Bigg Boss 4 promo shows tensions boiling between Aari and Anitha Sampath and lets us know that not everything is as cool as it may seem between the two. Anitha has been outspoken about her family and has in the past on the show expressed her feelings about them being addressed. Whether this latest argument will turn into a confrontation or a conflict remains to be seen and will perhaps be known in tonight's Bigg Boss Tamil season 4 episode. Watch the Bigg Boss Tamil Season 4 | 21st December 2020 - Promo 3 below: