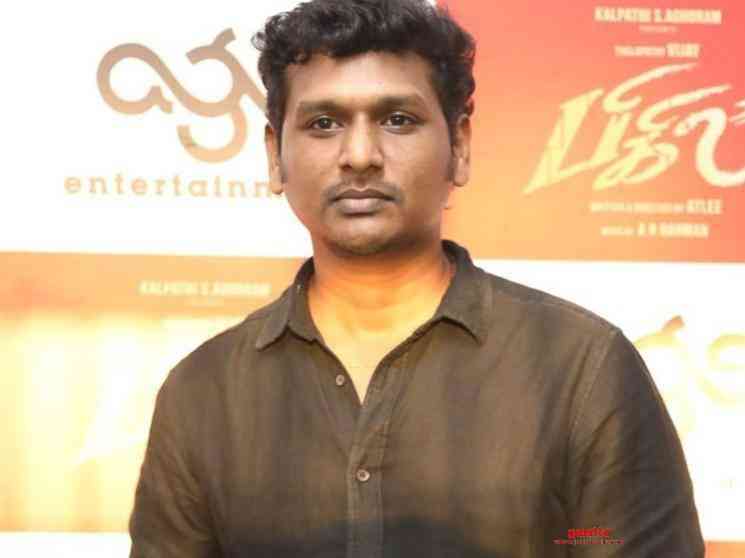 Corona Kumar is an upcoming Tamil comedy drama, directed by Gokul of Rowthiram fame. Corona Kumar is a spin-off of Vijay Sethupathi's Idharkuthaane Aasaipattai Balakumara which has a special fan following. Vijay Sethupathi's character in the film was well received and widely enjoyed by the audience and director Gokul is now all set for its spin off. The announcement promo video of Corona Kumar featuring director Gokul was well received by the fans and it became viral on social media during the time of its release. Corona Kumar is produced by K Sathish under his banner of Cinemawala Pictures and has music scored by Siddharth Vipin who worked in Idharkuthaane Aasaipattai Balakumara.

Corona Kumar is said to have a funny take on the Corona virus with some interestingly designed characters and the pre-production works are happening in full swing. The shooting is expected to begin early next year. Vijay Sethupathi is said to play a cameo in the film. Details regarding the lead cast and technical team are yet to be known. The film's story has now appealed well to Lokesh Kanagaraj, who is currently one of the most sought after directors in Tamil cinema.

Lokesh Kanagaraj tweeted, "Got to hear the story of #CoronaKumar from @DirectorGokul. I wasn't able to control myself from laughing Complete laughter riot! Waiting to see it in the big screens. All the very best Machi @sathishoffl @cinemawalaoffl". Lokesh Kanagaraj is currently all geared up and waiting for the grand theatrical release of his next film, Master that features Thalapathy Vijay in the lead role. Master has got phenomenal expectations among the fans and film buffs and it is expected to be one of the major trump cards to revive the cinema industry after the pandemic. Master features Makkal Selvan Vijay Sethupathi as the antagonist and his combination scenes with Vijay are surely going to set the screens on fire.

Lokesh Kanagaraj has managed to impress the fans with the film's teaser which released a few weeks before. Lokesh has showcased Vijay in a new dimension and it looks like Master will be an interesting film with a strong content. The young filmmaker is also busy with the pre-production works of his next film titled Vikram which features Ulaganayagan Kamal Haasan in the lead role. Lokesh is an ardent fan of Kamal Haasan and it is going to be exciting to see an intense action thriller from him. For now, check out Lokesh's tweet about Corona Kumar here:

Got to hear the story of #CoronaKumar from @DirectorGokul. I wasn't able to control myself from laughing 😄
Complete laughter riot! Waiting to see it in the big screens.
All the very best Machi @sathishoffl @cinemawalaoffl pic.twitter.com/Xy6pUUCc1C