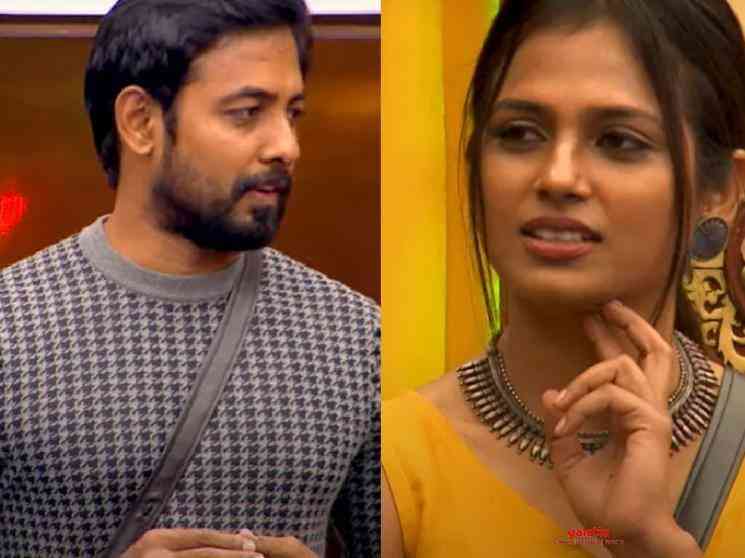 Popular anchor Archana was evicted from the fourth season of Bigg Boss Tamil in last night's episode and her eviction has caused a lot of buzz on social media. There has been a mixed reception to the results. However, the show has to go on and the housemates will enter the new week from today (Dec 21). In today's earlier released promo, we saw a glimpse of the nomination process, and going by the promo, it looks like Aari, Shivani Narayanan, Som Shekar, Gabriella, and Aajeedh will be nominated for this week. However, we will have to wait until the night to know the final list of nominated contestants for eviction. We are less than a month away from the grand finale of the show and the game is getting more serious and interesting.

Vijay TV has now released the second promo for tonight's episode and in this promo, we see a glimpse of a new task given to the housemates. This task is called 'Maatniya' and the housemates are asked to come and pick a chit from a bowl and after a small game, one person can ask a question to another. Aari asks Ramya to nominate two people for next week's eviction process and she nominates Gabriella and Aari. Similarly, Balaji asks Aari to name three other contestants whom he feels would be the finalists, along with him. Rio interrupts him on a fun note and everyone has a hearty laugh.

The promo looks positive and fun and there seems to be no sign of arguments, problems, or anything of that sort. Going by the online buzz, it looks like Aajeedh might be evicted from the show next week as he has not managed to make an effective impact in his 75 days of stay. There may also be an unexpected twist and someone else might also be evicted, but the current buzz seems to point out at Aajeedh.