PS Mithran's 'Sardar', with Karthi and Raashi Khanna, is an engaging spy thriller that sticks close to the genre 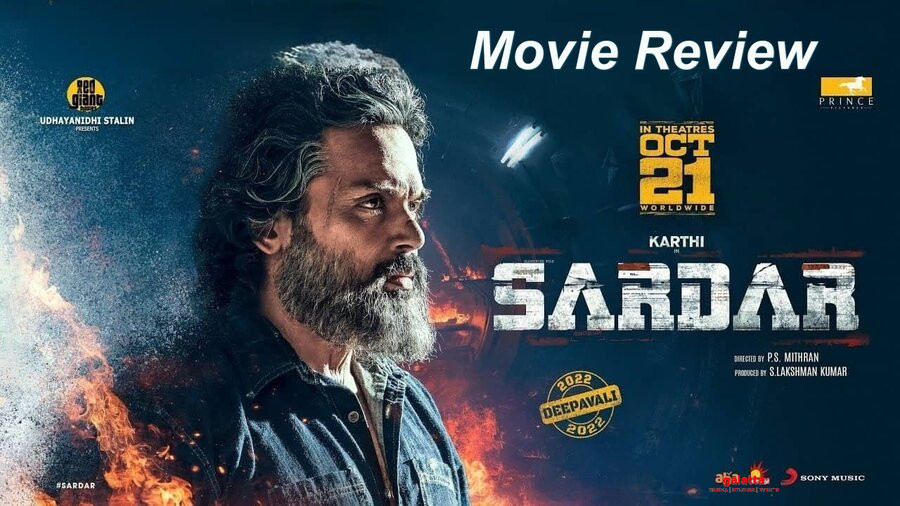 PS Mithran may have developed a new genre: ShankarWood. Like the director Shankar, he takes an issue and makes it the basis for a Hollywood-style, hero-centric action movie. In Irumbu Thirai, the issue was cybercrime. In Hero, the issue was education / intellectual theft. In his new Karthi-starrer, Sardar, the issue is that of putting a price on water. The villain wants to control all the drinking-water supply in India, by bottling the water and selling it. But the real danger may be from the plastic bottles. The second half of "ShankarWood" comes from Hollywood. Unlike Shankar, whose sensibility is quite Indian, Mithran seems to be like Lokesh Kanagaraj: a lover of Hollywood genre cinema. Sardar is not without Indian-isms – say, a couple of needless duets. But Mithran is smart enough to intercut them with other actions. So the songs don't exactly become speed breakers.

And speaking of speed… After a bumpy start that underlines the issue (this portion includes a badly cast Laila), Sardar moves like a jet plane. The screenplay (credited to five writers, including Mithran) and Ruben's editing make us feel like we are watching a film at 2x speed. This is a very important element in a story that is both predictable and derivative. Karthi plays Vijay Prakash, a cop whose missing father (also Karthi) is branded a traitor. Now, of course, we know – even if the younger Karthi doesn't – that the man is actually a patriot. The derivative nature comes from both Shankar and numerous Hollywood spy thrillers. But Mithran's hold on the material is solid, and with George C Williams's beautifully toned cinematography, the film is quite engaging. (I wish it had been shorter, though.)

The story begins with Vijay Prakash and a no-nonsense lawyer, played by a not-bad Raashi Khanna. They are both committed more to their jobs than to romance, and it's refreshing to see a heroine not easily falling for a hero's charms. The one wish I had was that they'd added more weight to Vijay Prakash. He is a cop who likes to call attention to himself, and at first, this comes across like a narcissistic trait. But soon, we see that it's his constant need to reassure people that he is a good cop, and not someone like his father. This aspect is alluded to, but it's not stressed on – and the film misses an opportunity to elevate the emotional stakes.

But that's probably excusable, because Sardar is more interested in the action. After a point, the narrative keeps cross-cutting between father and son, not just sequentially but also parallely, during two action scenes. Like the two Karthis, many aspects play out in echoes. One child with a stigmatised parent finds a kinship with another. One shot where a gun is placed at the back of the neck is tied to another, later on. I liked the touch that even a commoner, like a boy who makes tea, can be a spy. There are other nice touches, too – like the fact that the senior Karthi is a folk-theatre performer, a koothadi, and he wears a number of disguises in the roles he plays as a spy. (This Karthi is paired with Rajisha Vijayan.) And where does this Karthi character do his spy-work? Inside a well, a source of water – and water is the film's big concern.

Karthi is fine in both roles, and if I had to choose, I'd go with the father. Apart from a few scenes with his wife, there's a standoffish quality to him, befitting a spy. You feel you will never really read this man by watching his face. The ending makes sense, too. Mithran doesn't opt for a tearful reunion. He stays true to character. The cute kid, and the extra-long stretches of explanation are things that could have been tweaked – but my only real issue with Sardar is the lack of tension. For a spy thriller, the film doesn't ever bring you to the edge of your seat. Still, Sardar is a solid addition to Hollywood-derived films like Maanadu and Vikram. It sticks closely to its genre, and that's its biggest plus.

Sivakarthikeyan's Prince - a detailed SWOT Analysis! Check out the strengths and threats of the movie here!

Karthi's Sardar - a detailed SWOT Analysis! Check out the strengths and threats of the movie here!

Karthi next collaboration is for a special noble cause - here's the official statement!

Exciting release update on Karthi's Sardar - here is what you need to know!

With Sardar VS Prince clash on cards, here's the list of Karthi's previous Diwali clashes! Check out!

The mind-blowing and electrifying MASS trailer of Sardar is out - Karthi in action mode!