Mani Ratnam and his fantastic team beautifully capture the essence of Kalki's characters in 'Ponniyin Selvan: Part 1', which infuses a period story with a sense of lived-in reality 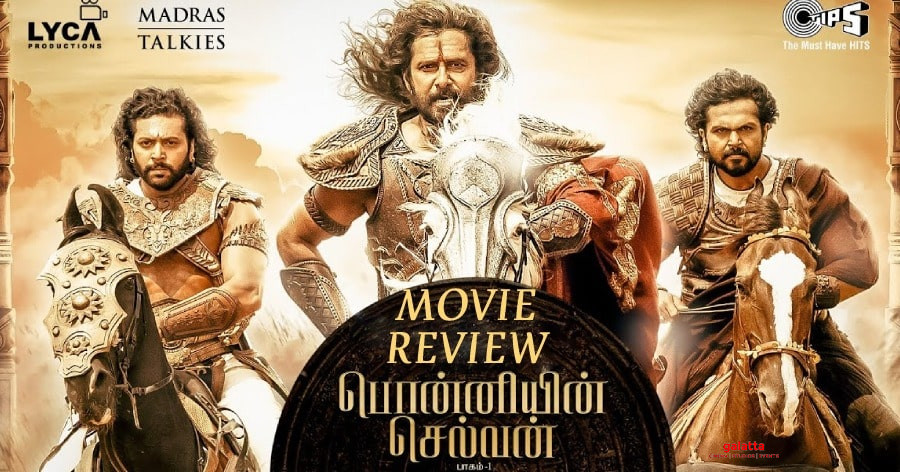 Book adaptations are strange beasts, and in my opinion, the only way to truly enjoy a movie based on a book is to… forget the book. Now, of course, that’s impossible when the book is imprinted in your memory, but what I mean by “forget the book” is simply this: Forget the fact that you are going to get the exact book. One of my favourite book-to-movie adaptations is Guide, which became one of Dev Anand’s biggest hits, with great SD Burman songs, a brilliant and beautiful Waheeda Rahman, and superb direction by Vijay Anand. But RK Narayan, the author of the original book, hated the movie. He called the film “a bastard offspring of my novel,” but what he did not understand was that the film was not “his novel”. The film was not “RK Narayan’s Guide” but “filmmaker Vijay Anand’s version of RK Narayan’s Guide”.

I recalled this incident when Ponniyin Selvan finally got going after decades of various people trying to make it, and I think the author Kalki Krishnamurthy would have been quite happy with “Mani Ratnam’s version of Kalki’s Ponniyin Selvan.” The film transforms a book into an utterly gorgeous piece of cinema, and I’m not just talking about Ravi Varman’s image after stunning image, beginning with a fiery Vikram emerging from a mist. It’s also the writing, by Mani Ratnam,  Elango Kumaravel and Jeyamohan. There's an early visual of the Pandya flag being sliced into two, and one half flutters into the next bit of narrative. That's the spirit of Ponniyin Selvan: Part 1. The book has been slashed, and pages and images flutter across from one bit of exposition to another.

Take the character of the boat woman Poonguzhali, played by Aishwarya Lekshmi. Kalki introduces her during sunset, as she sings a song that is so sweet that nature stands still. The song in the film, written by Siva Ananth, is not the same song that Poonguzhali sings in the book. But it begins with the same word, “alaikadal” and AR Rahman’s tune perfectly captures what Kalki calls the “inba vedhanai” (sweet sorrow) in her voice. We don't see other things from the book. We don't see Poonguzhali rescuing Vandhiyathevan from quicksand. We don't see her think his face looks like an owl, which annoys his vanity. We don't see him telling her father about his wanting to be ferried across the ocean to Sri Lanka. We don't witness Poonguzhali and Vandhiyathevan's subsequent fight on the boat, and her jumping into the sea to save him. But the image we get gives a sense of all this. We see her emerge from the sea like a mermaid, and he is already on the boat, having already confessed in earlier scenes that he is afraid of water. That's the essence.

In a way, we are talking about Mani Ratnam's approach in Chekka Chivantha Vaanam, where characters and situations were thrust upon us with intensity and severe economy. That film did not work for me at all, but here, this highlights-reel approach works beautifully. The playful scene where Karthi meets Jayaram. The intense conversation between Trisha and Vikram. The tragic tears that well up in Aishwarya Rai Bachchan's eye when she hears the name of a former lover. A following scene between her and Karthi, where we see her manipulative side. The scene where Jayachitra reminds Rahman of his duty. The flirtatious scene between Trisha and Karthi. The seductive scene between Aishwarya and Sarath Kumar. The non-verbal catfights between Aishwarya and Trisha. The boys-will-be-boys scene when Karthi and Jayam Ravi meet. The scene with Trisha's hilarious political move, which shows that the men may be straight-on schemers, but it's the women who are the devious schemers, driving the story with their agenda.

In other words, every character has a strong scene - or three - where their essence is established. One part of me wished for a ten-hour movie. But given two hours and forty-five minutes, there really is no other way to tell this story on screen, and the big plus is seeing Mani Ratnam, the director, in glorious form with his fantastic technical team: Thotta Tharani handles the production design, Sreekar Prasad is the editor, and cinematographer Ravi Varman fills the screen with colour, from the blue of the seas to the browns of the land, from the monochromed dark-pink interiors of a queen's chamber to the all-out rainbow colours of Raatchasa maamane. This is a film filled with constant movement: it's either the chases or the battles or the never-ending mind games that keep coiling around the narrative like a slimy snake. Even the camera, mostly, is free and keeps moving. Very few shots seem "composed"

Could the AR Rahman songs have been axed completely to make way for more narrative? I loved the segue from Vikram's emotional revelation to the drunken revelry of Chola Chola. I loved that a long comic chase involving Karthi segues to the playful Raatchasa maamane. But given the choice, I would have liked the songs to have been replaced by more interaction between the characters. Or maybe more time for the action scenes to play out. (Right now, they seem like truncated versions of longer action blocks.) But then, that's why we have the books. Besides, this story of political intrigue is remarkably reminiscent of the present day, where political groups band together and split as it suits them – so not much exposition is actually needed. Except for the costumes and the language, this is a very contemporary narrative about an ailing king – Sundara Chola, played by Prakash Raj – and his three children. (Again, do we have shades of Chekka Chivantha Vaanam?)

Instead of trying to dazzle us with epic-ness, Mani Ratnam goes all-out real. There are no "mass" dialogues, the jokes are casually tossed off, the verbal confrontations are delivered in even tones, and even the fights aren't staged as spectacles for the sake of spectacle: some are like the delightfully simple sword fights we saw in the MGR movies. All the actors are fantastic, especially Vikram, Aishwarya, Trisha and Karthi – though Jayaram probably steals the show in an author-backed comic role that has sly shades, too. If Karthi and Jayaram give "big" performances, because their roles are such, they are balanced by the wonderfully minimalistic work by the others. Jayam Ravi uses so little to convey so much - and it's really tough to portray a good guy on screen without making him seem boring. And the end-reveal of a famous minor character in the book is awesome. This character-driven first part perfectly sets the stage for the second installment, which can now hit the ground running. Apart from showing how a huge novel can be convincingly condensed, that is this film's biggest achievement.

Jayam Ravi pens a thank you note to fans on completing 19 years in the film industry - Here's his heartfelt statement!

Here is how Mani Ratnam reacted after watching an epic war sequence in Ponniyin Selvan!

Rahman wraps up shooting for Ponniyin Selvan - calls it a great experience!