Rishab Shetty's 'Kantara' is a solid masala-myth that, despite its issues, finds new ways to tell an old story about ‘The Chosen One’ 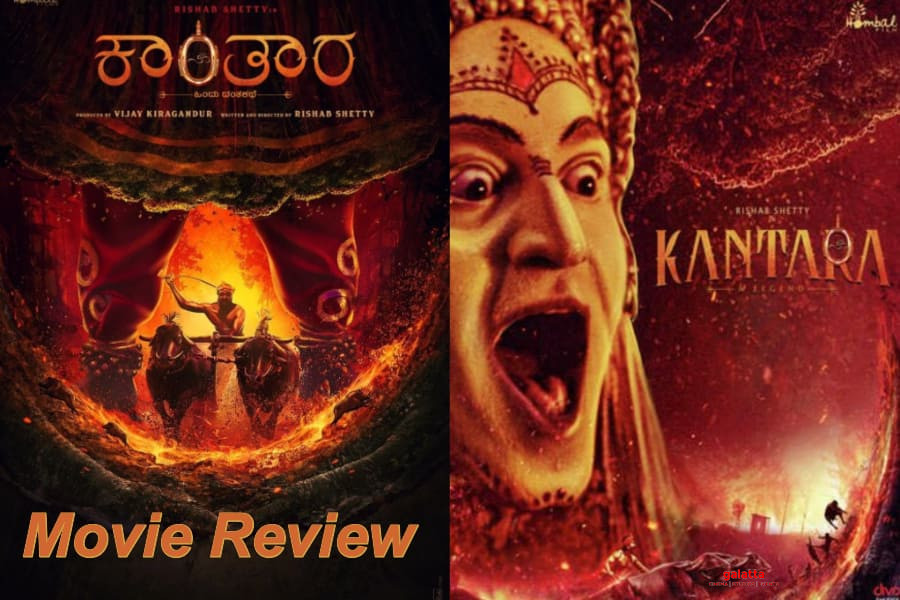 Rishab Shetty writes, directs, and delivers a joyous and very exuberant performance as Shiva, the protagonist of Kantara – but he's absent from the opening stretch that is set in the nineteenth century. We hear a tale about a king who had everything. He had the love of his family. He had the love of his subjects. What he did not have was peace of mind. There's a second time period, in the mid-1970s, and a third, in 1990. The screenplay uses many devices to tie the past and the present – or rather, to bring the past to the present and show how the two are always intertwined. There's the sound of anklets heard in a forest. There's a near-mythical sword passed on from the days of the king to the days we find Shiva in. There's the reference to Vishnu's third incarnation, Varaha Avatar, where the god became a boar.

And the most important past-present connection is a fearsome scream, which is also a metaphor for the cry of anguish of the landless. We hear this cry in the present-day Bhoota Kola performances, and we get into the meat of the plot: Who "owns" the forests? Or to extend this point, who owns Nature? The tribals who have lived in these lands for centuries? The government, which draws boundaries and creates forest reserves and wants to relocate these tribals? Or the local landlords, who still think that their ancestors gave away these lands, and so these lands are – in a sense – still theirs? Attached to this supertext is the subtext of whether we can really reject our identity. This question is posed through Shiva, who hails from a family of Bhoota Kola performers, but refuses to have anything to do with the folk-art form. It has something to do with his nightmares, which he must learn to face.

Meanwhile, he is content getting a "mass" entry as a Kambala champion, a man who wins buffalo races. Kantara follows the classic template of The Chosen One, a man who appears ordinary but is destined for greatness. At first, Shiva is as ordinary as ordinary can be. He drinks. He hunts. He pinches a girl's hip and peeps when she's bathing. He's called a "fighter cock", and he is constantly cursed by his mother. And like every self-respecting masala-movie hero, he locks horns with the antagonist, the man who will not allow him to do the things he likes to do. This man is the forest officer Murali, nicely played with gruff authority by Kishore. He represents the System, the government, and at least in one respect, he's the opposite of Shiva: this man does things by the rulebook. The third vertex in this male-triangle movie is the landlord played by Achyuth Kumar. He always wears white, and his heart appears equally spotless, equally pure.

But note his name: Devendra. It's a lordly name. It refers to the Vedic god, Indra – as opposed to the more pagan god we see being worshipped by the tribals. There’s a bit of discrimination right there. In short, we are either in a masala movie disguised as folklore, or in folklore disguised as a masala movie. Either way, everything has a touch of symbolism. When Murali interferes with a Bhoota Kola performance, it's also the government interfering in the centuries-old life and customs of tribals. When a tree falls on a Jeep, it almost seems like the forest is avenging itself on behalf of its people. And when the king's sword returns in the story, we recall a promise being made and what would happen when it is broken. All of this is richly shot by Arvind S Kashyap, and elevated by B Ajaneesh Loknath's score, which is simultaneously as big as rock music and as subtle as the gently rippling notes at the film's opening. And some of the action choreography is superb.

There are issues in the writing. The portions of Leela (Sapthami Gowda) falling for Shiva should have been better. There's a taken-for-granted quality about this love story. And though Kantara is not exactly a whodunit, the villains are easy enough to spot from a mile away, and a character's change of heart is entirely expected – meaning, the narrative could have used a lot more tension. And in such a story, I wish they'd avoided the cliches – like Shiva bursting in fury when his mother is slapped around, or the really cheap shot of a little girl being killed. But the bigger picture of Kantara is in the smaller details. It’s in the way Leela is torn between her affiliation to her job, i.e. the government, and her people, i.e. the tribals. It's in the way Nature is manifested as wild animals, as forests, as fire, as rain. When Shiva is drenched in a downpour, he says he isn't wet; he has been cleansed. It’s almost like Nature has performed a ritual on him. Despite the generic nature of the middle portions, the closing stretch complements the film’s opening beautifully. And there’s very little more potent than the rush of myth.