Anubhuti Kashyap's 'Doctor G', with Ayushmann Khurrana and Rakul Preet Singh, is a weak dramedy about a male gynaecologist 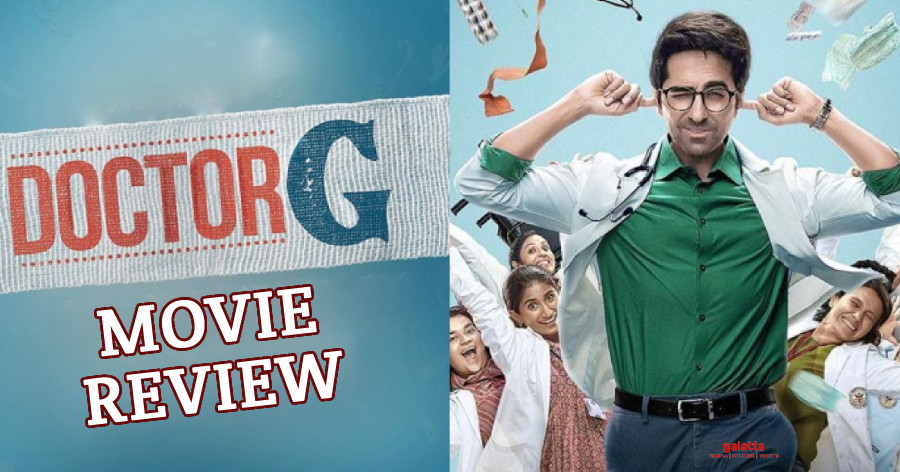 On the surface, Anubhuti Kashyap's Doctor G looks like another product from the Ayushmann Khurrana Assembly Line (AKAL™). Icky issue? Check. An embarrassed protagonist? Check. Eventual acceptance? Check. This time, Ayushmann plays a MBBS graduate named Uday. He wanted orthopedics for his PG, but ended up with gynaecology. That's the icky issue our protagonist is embarrassed by. How can he treat body parts he doesn't have? That's how he puts it. I was reminded of the superb shot from The Silence of the Lambs, where a tiny Jodie Foster is surrounded in an elevator by men who tower over her. She's a rarity in the FBI: gender-wise, size-wise. Uday is that Jodie Foster character. He is the only male in the PG course, headed by a stern Shefali Shah. Couldn't the gynaecology class have had one more man? After all, we are told that many of the country's top gynaecologists are male. Ah, but that would mess up the film's programmatic design.

And make no mistake, this is a "designed" film, at least till the interval. The screenplay seems to have been written with this idea: "Why mess with a winning formula?" And so we get a quirky mother, played by Sheeba Chaddha. Uday gets ragged by seniors, all women. We get a cartoonish scorecard that keeps a tally of Uday's humiliations. The music works overtime to convince us that we are watching something "quirky". But why does Doctor G eventually feel different from other films from the AKAL™? Because the entire arc of icky issue to embarrassment to acceptance is covered in the first half, which ends on a dreadfully melodramatic note that doctors are gods. The sentiment itself is fine. It's just that it does not fit the AKAL™. For those few minutes, we seem to be in another movie altogether.

And then, in the second half, we actually get another movie altogether. If the first half is about Uday's coming-of-age as a gynaecologist, the post-interval portions are about Uday's coming of age as a human being. This involves a teen-pregnancy subplot that turns dead serious. The jokes evaporate, and we end up with a dull drama whose every single beat is predictable. At first, Uday complains about his girlfriend, unable to digest the fact that she has other male friends. Now, he is able to understand that men and women can be "just friends". So on and so forth. Earlier, Uday is so sexist that he thinks cricket is the man's game and only women play badminton. Well, guess which sport Uday gets to play in latter portions?

The writing is patchy. A case filed against Uday is miraculously dropped. The major point about Uday forgetting about the "male touch" and thinking only about the "doctor touch" is accomplished all too quickly. A few things work, like Uday's big scene with his mother, or his relationship with the Muslim doctor, beautifully played by Rakul Preet Singh. But the sudden change of mind by his superior feels like they were in a hurry to get to the end, and it involves another dreadfully melodramatic moment, this time with the pregnant teenager. In the earlier AKAL™ films, the comedy yielded nuggets of startling truths. There was genuineness, honesty. But here, everything feels fake, calculated, manipulative. Ayushmann can play these roles in his sleep, and it's to his credit that he doesn't. But he really needs to be careful about his films now. He may have reached the end of the assembly line.