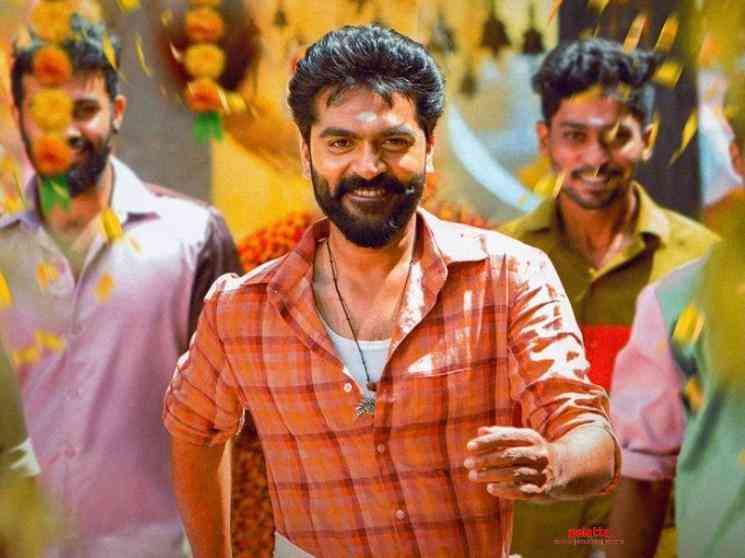 Silambarasan TR's upcoming biggie Eeswaran directed by Susienthiran announced to come out as a grand Pongal release in January 2021 is now one of the most-awaited films among fans. The multi-talented star is once again looking years younger in the film's promotional posters, with his physical transformation still being talked about a lot by many. Simbu completed Eeswaran in a quick span of less than 45 days and looks to be a promising mass commercial family entertainer, with a new announcement now coming in that the film's Tamil Nadu theatrical rights being bagged by 7GFilms and AP International securing the overseas rights.

Produced under KV Durai & MDM Sharfudden’s D Company banner, promotions for Eeswaran are being carried out in an active manner, with this latest announcement signaling that the release plans have been set in stone. There is a huge hype surrounding the film considering it marks STR's first big role after his Vantha Rajavathaan Varuven, which came out in theatres early last year. Fans are waiting to witness Simbu, whose last big box office blockbuster was the Mani Ratnam multi-starrer gangster film,Chekka Chivantha Vaanam, in 2018.

Expectations for Eeswaran are massive and the feedback for the first single track titled 'Thamizhan Paattu' released last week is enough testimony. All promotional material, including the motion poster and the action-packed Eeswaran teaser, which came out as a Diwali treat, has created more anticipation among fans. Simbu will be romancing Bhoomi actress Nidhhi Agerwal in the film, which also includes veteran director-actor Bharathiraja, Nandita Swetha, Bala Saravanan among others in major supporting roles. The film also is the third time composer S. Thaman has come on board a STR venture after their previous successful collaborations namely Osthe and Vaalu. Apart from the star-studded cast, Silambarasan's Eeswaran has a stellar technical team with names like S Thirunavukkarasu for cinematography, Anthony for editing and Rajeevan as the art director.

The announcement of STR and Susienthiran joining hands for Eeswaran and subsequently wrapping the film at a quick pace left many surprised considering many were expecting the flamboyant star to first complete his portions in director Venkat Prabhu's mass masala political entertainer Maanaadu. Simbu fans have plenty to look forward in 2021 apart from Eeswaran and Maanaadu as he will be resuming work on the remake of the hit Kannada film Mufti alongside Gautham Karthik under Sillunu Oru Kaadhal fame Krishna's direction, with plans for Poda Podi 2 also recently revealed.