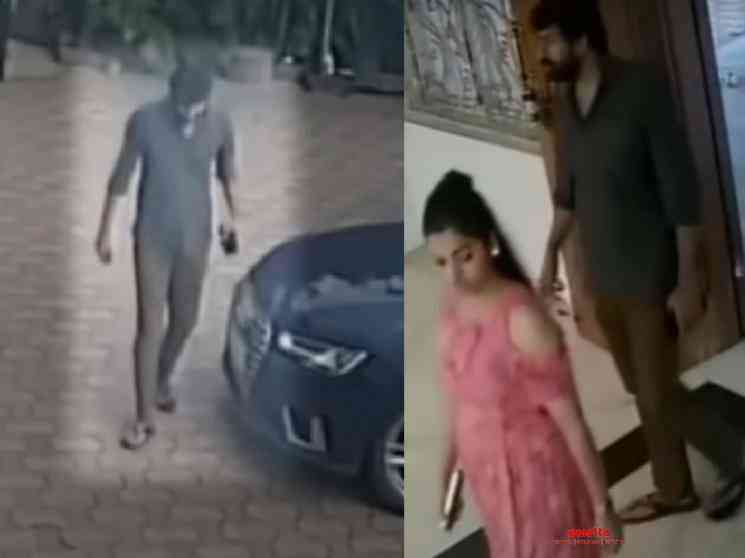 Popular Tamil serial actress Chitra VJ died by suicide in the early hours of December 9 at a private star hotel in the outskirts of Chennai. Chitra was reportedly found hanging in her hotel room. The news created a sensational buzz and took everyone by deep shock and anguish. The post-mortem report confirmed that Chitra died by suicide and there were no impressions of foul play. Following that, Chitra’s mother claimed that her husband Hemnath is the main reason for her daughter’s demise and after three days of continuous investigation, Hemnath was arrested by the Police. Hemnath, who is said to be an entrepreneur, was arrested by the Police and the news created a huge buzz.

Chitra’s fans also claimed that Hemnath is one of the important reasons for Chitra’s death and requested the Police to take necessary action. Hemnath is currently in Police custody and further details are awaited.

Meanwhile, Hemnath’s father has now released a new CCTV footage to the press and media. In this video, we see Chitra, Hemnath, and both their families visiting a wedding mahal to lock the venue for their grand wedding which was scheduled to take place in February 2021. The CCTV footage is from the mahal where the wedding was decided to take place. We see Chitra and Hemnath walking together to see the mahal and the video has now gone viral on social media.

Hemnath’s father claims that no one knew about the problem that Chitra faced and she never complained about Hemnath at any place. He added that Chitra talked well even on their last conversations over the phone. The Police are investigating the case from various angles to get a clearer picture of what could have happened before Chitra’s death. Chitra is a popular television serial actress who rose to fame after playing the role of Mullai in the Vijay TV serial, Pandian Stores. Chitra’s girl-next-door look and natural performance impressed the household audience and it gave her a career breakthrough.

Chitra was engaged to an entrepreneur named Hemnath (or) Hemanth a few months before and a registered marriage took place in October 2020 in the presence of the two families. A grand wedding was planned in February 2021 to make the marriage official, but unfortunately, Chitra left everyone in an unexpected manner. You can watch the CCTV footage released by Hemnath’s father here: