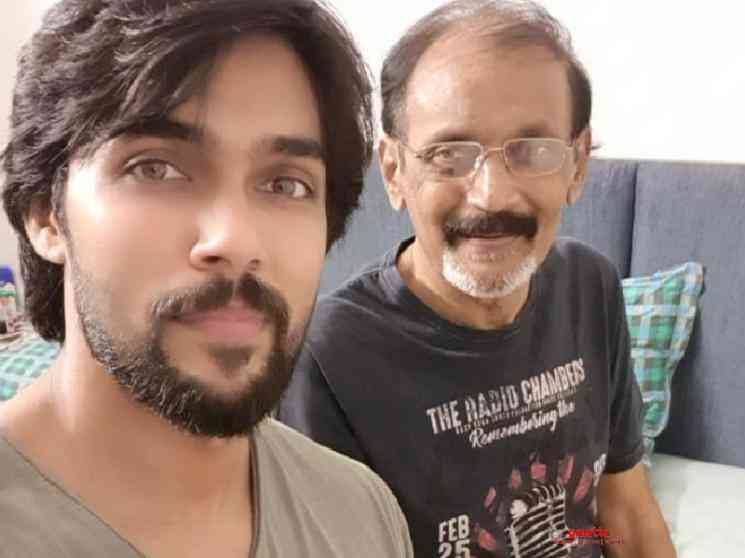 Popular model turned actor Arav Nafeez’s father passed away during the wee hours of Sunday (December 20). Arav’s father breathed his last around 1.30 AM in the morning due to multi organ failure and cardiac arrest. The final rites will reportedly take place today evening at Arav's native place, Nagercoil. The news was officially confirmed and shared by Arav’s PR team. According to reports, Arav's father worked as a professor at Trichy Government Law College. The fans and Arav’s well-wishers from the film industry have been sharing their condolence messages on social media and at this juncture, Galatta Media expresses its heartfelt condolences to Arav and his family. Let us pray for the departed soul to rest in peace.

Arav had recently got married to the love of his life, Raahei, who is all set to make her debut in Tamil cinema with Gautham Vasudev Menon’s directorial, Joshua: Imai Pol Kaakha. For the unversed, Arav is a popular model who acted in several television commercials and ad films in the past. He got his major breakthrough after participating in the first season of Bigg Boss Tamil which was a sensational hit. Arav turned out to be the title winner of the show and it gave him a solid path for his film career. His first film as the lead hero was Market Raja MBBS which was directed by Saran. The film opened to mixed reviews from the critics and fans.

Arav is currently awaiting the release of his second movie, Rajabheema that is helmed by debutant Naresh Sampath. This film’s story will revolve around an elephant and it is going to be an interesting watch. Ashima Narwal plays the female lead, while Oviya and Yashika Aanand will be seen in special appearances. Yogi Babu, Nassar, KS Ravikumar, and Sayaji Shinde will play supporting roles in this film that is produced by S Mohan under the banner of Surabi Films. The film is expected to hit the screens early next year. The talented actor is in talks to act in several other projects for which we can expect announcements in the coming weeks.

May his soul Rest in Peace 🙏 pic.twitter.com/zwErhL48Lg