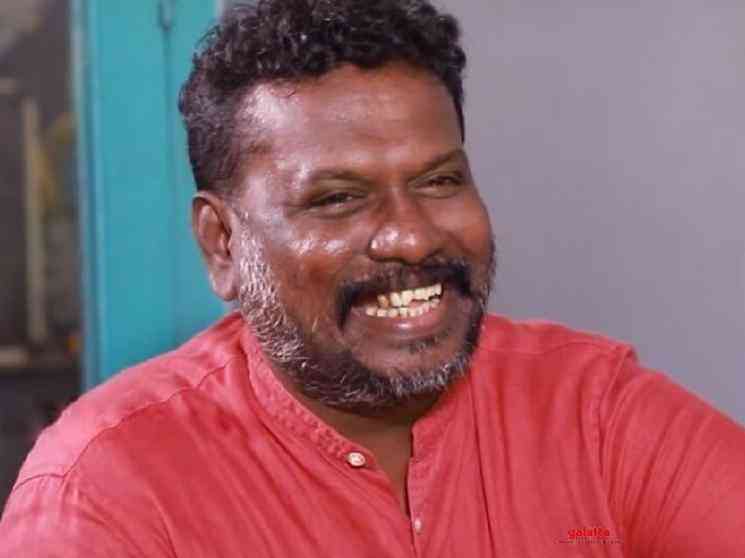 In a shocking and unexpected turn of events, popular Tamil dubbing artist and actor Arun Alexander passed away last night (December 28). He reportedly died due to a massive heart attack. Arun Alexander was 48 years old when he breathed his last. He made his acting debut with the Tamil film Sawaari, directed by Guhan Senniappan. He got his acting breakthrough after playing an important role in Lokesh Kanagaraj's debut directorial, Maanagaram. His performance as the head of a rowdyism gang received good reviews and he later got to act in several other notable movies. He was seen in Karthi's Kaithi in the role of ‘Paalpandi’, an informant, while in Thalapathy Vijay's Bigil, he was seen in the film's initial few minutes as a corrupt politician.

Arun has acted in Vijay's highly anticipated next biggie, Master, which is scheduled to release on January 13, for Pongal. He has also acted in Sivakarthikeyan's upcoming action comedy drama, Doctor, directed by Nelson Dilipkumar. We saw Arun Alexander in the film's recently released second look poster, alongside Priyanka Arul Mohan, Bigg Boss Archana, and Dheepa. Master director Lokesh took to his Twitter page to express his shock over the untimely demise of Arun.

Lokesh tweeted, “Dint expect you’ll leave us this soon na... couldn’t control my tears...you will be irreplaceable and you’ll always live in my heart na…”. Arun Alexander is also a renowned dubbing artist known for his work in the Tamil dubbed versions of Hollywood biggies. Arun is the voice of the superhero character, Thor in Thor 1 & 2, and Avengers. He is also the voice for Aquaman in Justice League and Aquaman.

He has dubbed for Hollywood Superstar Will Smith for the Tamil dubbed versions of The Pursuit of Happyness and Men in Black. Some of his other works include Avatar (for Sam Worthington), Toy Story (Woody), The Shawshank Redemption (Tim Robbins), Fast and Furious 5 & 7 (Paul Walker), Paatal Lok (Jaideep Awlahat), and more. Notably, he was the voice for the character of Harry in the widely popular manga show, Shin Chan. We at Galatta Media express our heartfelt condolences to actor Arun Alexander’s family and pray for the departed soul to rest in peace. Several other notable personalities from the Tamil film industry are sharing their condolence messages on social media.

Dint expect you’ll leave us this soon na... couldn’t control my tears...you will be irreplaceable and you’ll always live in my heart na... pic.twitter.com/TcvJNTecAr