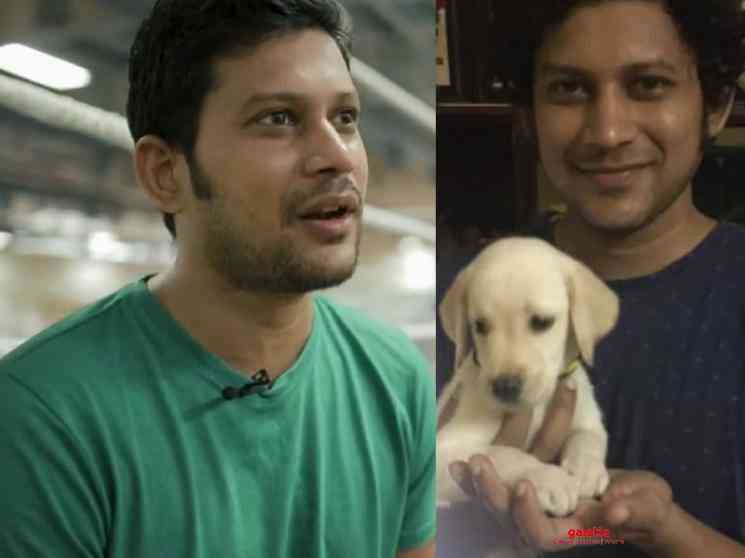 Som Shekar is now a household name among the people of Tamil Nadu, thanks to his active participation in the ongoing season of Bigg Boss Tamil. Som is a model, budding actor, and also a MMA (Mixed Martial Arts) player. He participated in one of Vijay TV’s earlier shows, ‘Azhagiya Tamil Magan’, and he was one among the finalists. He has also done several ad commercials in the past. However, his film career did not shape up the way he wanted it to and he confessed in Bigg Boss that many of the movies that he was a part of, never got released. In the hope of restarting his career afresh to get bigger opportunities in the film industry, Som took part in Bigg Boss and he has managed to garner good attention with his interesting gameplay.

Som is someone who has not expressed or shown any kind of hatred towards anyone and his positive character impressed the masses. He is currently one of the eight contestants inside the Bigg Boss house, along with Rio Raj, Gabriella, Aajeedh, Aari, Balaji Murugadoss, Ramya Pandian, and Shivani. If he manages to play well and strike a good balance, he is surely going to be one of the finalists of this season, but let us see how he plays his game in the coming days.

Meanwhile, there is unfortunate news from Som Shekar’s personal front. Som’s pet dog, Ronni passed away this morning (December 28) due to reasons unknown. Som has a labrador pet dog named Kuttu and we have seen him talk about Kuttu during the Bigg boss episodes. We have seen Som expressing his love for his pet dog at several places. Ronni happens to be Kuttu’s son. The news was officially shared on Som’s official Instagram account that is handled by his friends and family members. "Rest in Peace My Boy. Guys Ronni is Kuttu Son our yellow sunshine he passed away today. We Miss Ma Boy”, read Som’s Insta story.

Some throwback pictures and videos of Som and Ronni were shared on the page and it has been doing rounds on social media. This news is indeed going to be shocking and unexpected for Som and we hope he gains the strength to stay strong when he gets to hear the news. Check out the screenshot of Som’s Instagram story here: 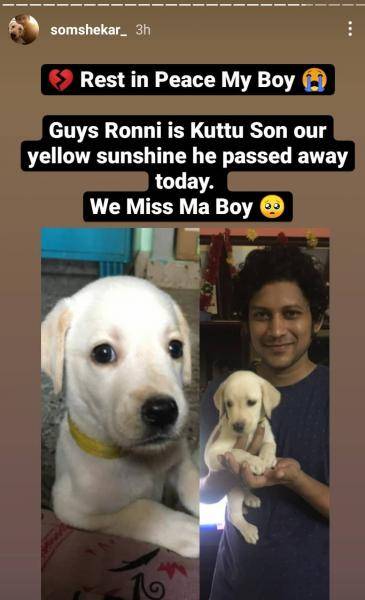