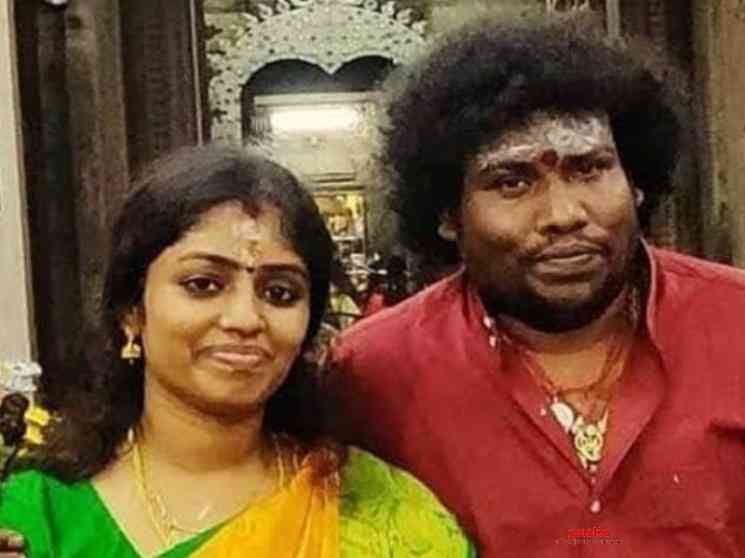 2020 has witnessed numerous memorable moments despite being a year filled with grief and tragedy. Among the extra-special events that made the spotlight this year, many celebrities either got engaged, married or welcomed a newborn into this world. Likewise, it has now been officially announced by popular Tamil actor and comedian Mano Bala that Yogi Babu and his wife Manju Bharghavi have been blessed with a baby boy. He went on to reveal that both the mother and the newborn child are hale and healthy. The addition of a new family member will no doubt give Yogi Babu and his wife plenty of joy as it marks the next big step in their married life.

The go-to man these days in Tamil cinema when it comes to comedy, Yogi Babu got married to Manju Bhargavi earlier this year on February 5 at his ancestral Murugan Temple in Tiruttani, Tamil Nadu. The wedding ceremony was held in the presence of close family members and friends, with the popular actor revealing later in April that he had invited the Tamil Nadu Chief Minister Edappadi K. Palaniswami, including other Tamil cinema personalities, but couldn't proceed with a function in view of the coronavirus pandemic.

Yogi Babu has established himself to be a credible performer over the past few years and has been taking up roles that offer him with a scope to perform apart from dominating in comedy. As for his upcoming projects, Yogi Babu's next films include important ventures such as Santhanam's Dikkiloona, Dhanush's Karnan, Siddharth's Shaitan Ka Bachcha, Vijay Sethupathi's Kadaisi Vivasayi, Vishnu Vishal's Jagajala Killadi to name a few. He also has his hands full and is spearheading ventures most notably like Mandela, Pei Mama, Trip, Panni Kutty, Saloon along with Mirchi Shiva and Poochandi with Anjali.