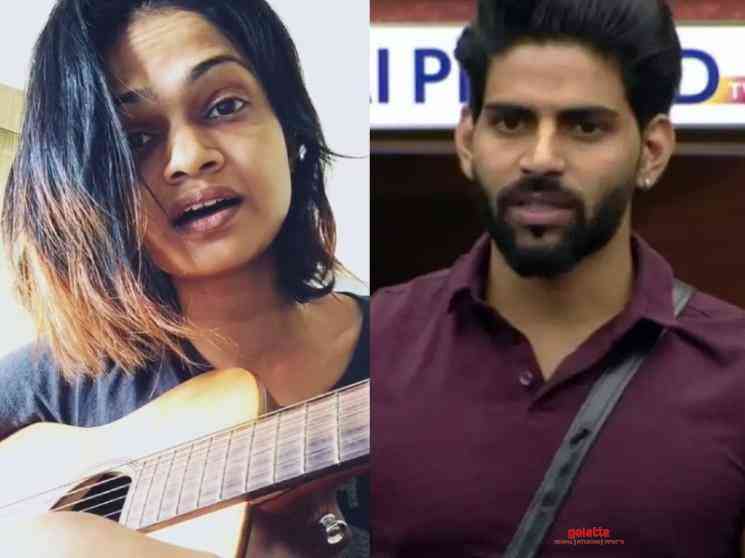 Popular singer and independent musician, Suchitra took part in the ongoing season of Bigg Boss, hosted by Kamal Haasan. Suchi entered the Bigg Boss house as the second wildcard contestant of this season and stayed inside for a span of 20 days. During her stay, she had a very good rapport with Balaji Murugadoss. They had an interesting love-hate relationship, but Suchi always loved Balaji for being an honest and straightforward person. She was often spotted with Balaji during her Bigg Boss stint. She got evicted from the game since she did not manage to leave an impact as a contestant. Suchi was the fourth person to be evicted from the show after Rekha, Vel Murugan, and Suresh Chakravarthy. When she talked to Kamal Haasan during her final speech, she felt that the audience may have rushed in deciding her fate in the show.

After coming out of the house, Suchi has been quite active on Instagram, posting pictures, videos, and her thoughts about the game show. She also posted some of her older TikTok videos, recollecting the good old memories. The talented singer has now composed and sung a new song for her best friend, Balaji. This short song is called ‘The Bala Song’. Suchi uploaded the video of her performance for the song on her official Instagram page and it has gone viral among the netizens. Though some of the lines do not mean anything, it rhymes well and it looks like Suchi must have used the words for the same reason.

This is a fun song that is meant to be taken lightly and let us hope that we get to see a fuller version of the song soon. Sharing the song video, Suchi wrote, “Bigg Boss Originals 💖 - The Bala Song 😎 When inspiration strikes, you gotta be ready. With a guitar. #nohardfeelings ✌🏼#allingoodfun #biggbosstamil4 #balajimurugadoss #friendshipneverends”. This new video is a reflection of Suchi’s love for Balaji and we are sure the young man is going to be pleasantly surprised after getting to see this video.

Suchi has already voiced her support for Balaji in previous instances and this song is a newer addition. Balaji has become a sensational personality after making a striking impact in Bigg Boss. Balaji was never known among the masses until September 2020, but things have changed in the last three months and he is now a household name. Balaji is considered to be one of the finalists of this season, as well. For now, check out Suchi’s song for Balaji here: