Rashmika reveals a special surprise for Vijay fans - exciting Varisu update for y'all!

The shooting of Thalapathy Vijay's Varisu is progressing at a brisk pace and if things go as per plan, the entire filming will be wrapped up by the end of this month or early next month. That being said, Rashmika Mandanna who plays the female lead of Varisu took the fans by surprise by sharing a new BTS picture from the sets of Varisu and the picture has turned viral on social media. From what we see in the picture, it looks like the makers shot a fun-packed sequence as we see some party and celebration vibes with balloons and colour papers tied onto the trees. Well, it looks like the scenes featuring Vijay and Rashmika Mandanna are being shot now in Hyderabad and more updates are awaited.

Vijay and Rashmika Mandanna are coming together for the first time and it is going to be refreshing to see their pairing. Varisu is directed by Vamshi Paidipally who has earlier made films like Thozha (Oopiri in Telugu) with Nagarjuna Akkineni and Karthi and Maharshi with Mahesh Babu. Produced by Dil Raju under the banner of Sri Venkateswara Creations, the film has music composed by S Thaman who is currently one of the most sought after composers in South cinema. Karthik Palani of Penguin and Adipurush fame is handling the cinematography while the editing is taken care of by Praveen KL.

The film features an ensemble supporting cast that includes the likes of Sarath Kumar, Prakash Raj, Prabhu, Khushbu Sundar, Yogi Babu, Shaam, Srikanth, Ganesh Venkatram, Samyuktha Shanmuganathan, and others. Star actor SJ Suryah is also said to be a part of the mega biggie. Varisu is scheduled to hit the screens in January 2023 for the festive occasion of Pongal and the film is sure to take a phenomenal opening at the box office. The film is also being made in Telugu and the Telugu version is called Varusudu. 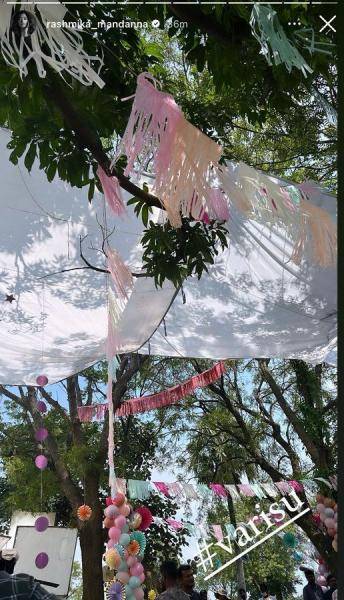 Did you know that Gautham Menon was supposed to act in this role in Kamal Haasan's Vikram? Check Out!

The first visual glimpse of Dhanush's Naane Varuven is out and you can't miss this! Watch it here!

Gautham Vasudev Menon joins Thalapathy Vijay's next film? - here is the official word from GVM himself!