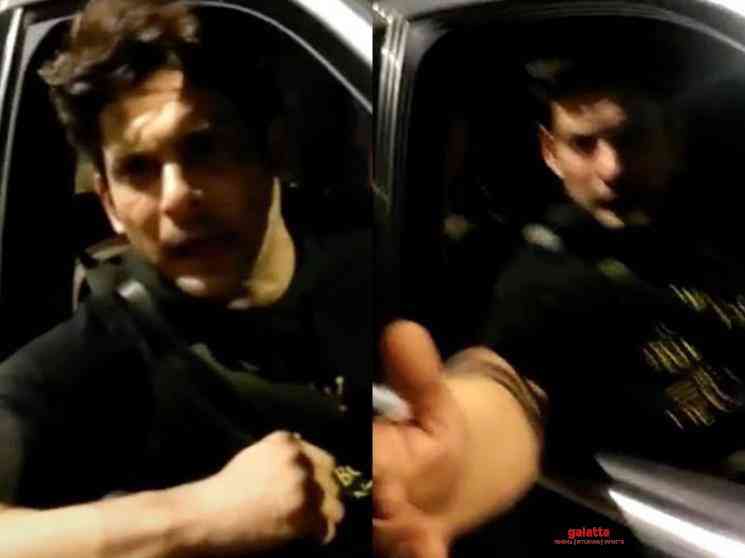 The smash hit reality TV show Bigg Boss, which started off only in Hindi over a decade back, has since seen different versions in Kannada, Malayalam Marathi, Tamil, Telugu and Bangla being streamed and telecast. With Bigg Boss 14 in Hindi currently once again seeing tremendous ratings, the Tamil and Telugu versions are both now airing and streaming their fourth seasons. Having said that, a video of Bigg Boss 13 winner Sidharth Shukla has gone viral in which visuals of the star getting involved in a heated argument with a passerby at night. The incident occurred after Sidharth's birthday, with the man in the video accusing the Bigg Boss 13 star of drunk driving. In response, Sidharth claims that he has been threatened by thugs apparently armed with knives.

The video shot by a random individual shows Sidharth Shukla seated in the driver's seat of his car. The man's voice in the video can be heard saying, "This is Sidharth Shukla and he is drunk driving." Next, the individual heads over to the Bigg Boss 13 winner and questions him as to why he hit a poor person without any reason. He continues to ask him as to why he's changing the topic. In turn, Sidharth responds stating the passerby threatened him with a knife. Reports say Sidharth has since filed a police complaint and the accused was nabbed.

Sidharth Shukla, apart from being known for his successful run on Bigg Boss 13, made a name for himself on the television circuit by starring in popular Hindi serials such as Babul Ka Aangann Chootey Na, Jaane Pehchaane Se... Ye Ajnabbi, Balika Vadhu, while also participating in other notable reality shows Jhalak Dikhhla Jaa 6 and Fear Factor: Khatron Ke Khiladi 7. He has also made appearances in Hindi films, while hosting shows such as Savdhaan India and India's Got Talent.

On the occasion of his 40th birthday on Saturday, Sidharth tweeted from his Twitter page to joke about his age. He tweeted, "To @TheRashamiDesai #ParasChabbra @MahiraSharma_ #VishalAdityaSingh ..... and who so ever it may concern .... I am now officially 40 saal ka ... but still not a Buddha ..(joke plz take it like one)". In another tweet, he thanked his friends and fans saying, "Hey guys thank you so much for making my birthday so memorable and special...really appreciate the effort and love... you guys mean the world to me ... you'll made this the best birthday ever..... love you all," he wrote.

Watch the viral video below: