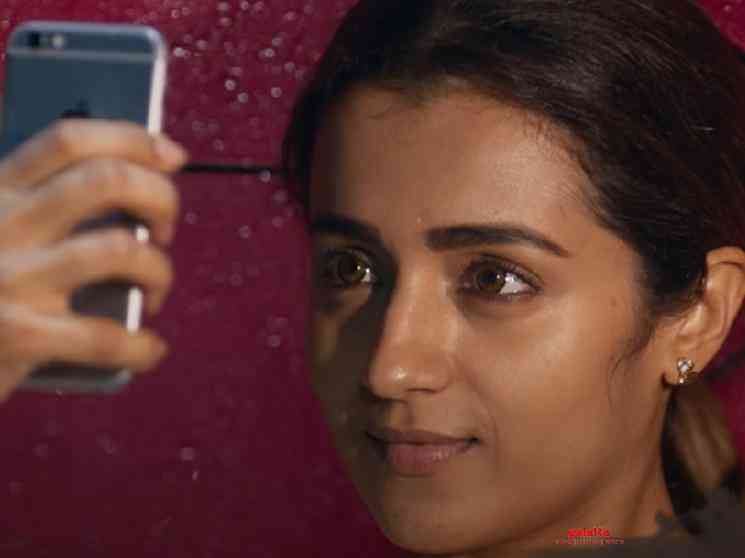 Raangi is Trisha's upcoming Tamil film, directed by M Saravanan of Engeyum Eppodhum and Ivan Vera Mathiri fame. This action drama is produced by Subaskaran under his banner of Lyca Productions and has music scored by C Sathya. The makers of Raangi released the first single from the film last night (December 15) and it has opened to a positive response from the music lovers. The first single from Raangi is titled 'Panithuli' and this beautiful number is crooned by Chinmayi, C Sathya and Yazin Nizar. Kabilan has penned the lyrics for the song. 'Panithuli' is a breezy listen that sounds beautiful. Chinmayi's natural rendition is an icing on the cake and her voice is a strength to the song.

Trisha and Chinmayi's professional track record is very successful (with the recent huge success of 96) and it looks like the combination has striked once again. Due credits to music director C Sathya whose composition and arrangements sounds good. The song was officially launched by actor Sivakarthikeyan who wished the team for a grand success. The makers have released the lyric video of this song and through this, we get to see a few new visuals from the film. Raangi is currently in post-production stages and the team is planning to release the film, early next year in the theatres. The story of Raangi has been penned by blockbuster director AR Murugadoss and his name adds value to the movie.

Raangi has cinematography by KA Sakthivel of Sandakozhi 2 fame and editing by M Subarak. The rest of the songs will be released soon. Trisha will be seen playing the role of a Chief Executive Officer (CEO) of a media company and the problems that she faces in her media journey forms the rest of the plot. Trisha has got to perform some exciting stunt moves in the film and we already saw a glimpse of it in the teaser that was released a few months before. Popular Malayalam actress Anaswara Rajan who rose to fame with Thaneermathan Dinangal plays a very important role in this film.

Raangi will be Lyca Productions' next big release and the fans are eagerly waiting to witness the film. For now, check out the first single, 'Panithuli' from Trisha's Raangi, directed by M Saravanan here: