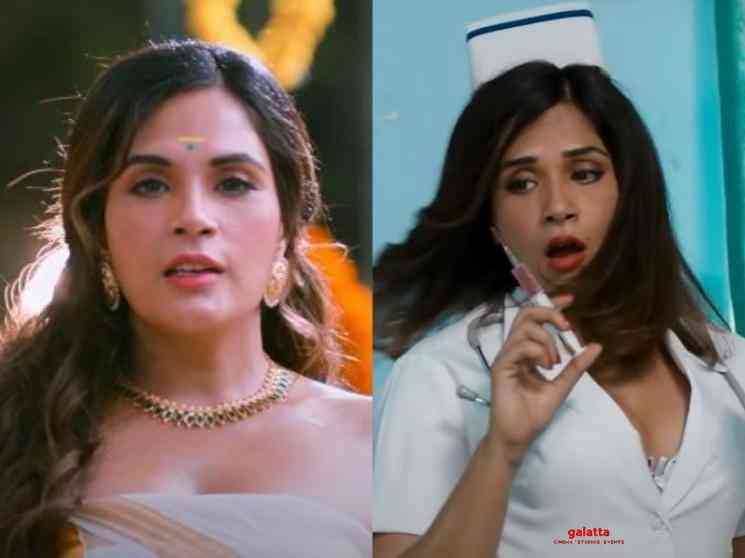 A film that set fans around the country talking right from the moment of its announcement, the biopic on former adult star Shakeela starring Bollywood actress Richa Chadha in the lead role had a teaser released a few days back. The sultry actress will be playing the titular role in the film gearing up for a theatrical release on Christmas Day, with the response to the teaser being nothing short of astounding. With promotions in top gear, the much-awaited Shakeela trailer featuring Richa Chadha is now out and is an extension of where the film's teaser left off showing her rise to nationwide superstardom.

For those uninitiated, Shakeela predominantly featured in South Indian cinema and was seen in many adult and feature films till the early 2000s. Her popularity was as big as some of the top-tier superstars across the film industries around the country. The Shakeela trailer takes us back to the 90s and introduces us to Pankaj Tripathi, who is playing a leading actor opposite Richa Chadha. Said to be a true account of various incidents from former adult star Shakeela's life, the upcoming film's trailer opens with a news voiceover of the demise of Silk Smitha, who as well was a popular name during the 80s and well into the 90s. Directed by Indrajit Lankesh under the Sammys Magic Cinema banner, Shakeela's star cast also includes Ester Noronha, Rajeev Pillai and Sheeva Rana in pivotal roles, with music by Meet Bros and Veer Samarth, cinematography by Santosh Rai and editing by Ballu Saluja.

The official synopsis for Shakeela is as follows: "Shakeela is a film inspired by life events of a famous star Shakeela who predominantly starred in southern cinema. She starred in many controversial and bold films. Making her debut at a young age of 16, she went on to star in about 250 films. She was a major star in the late 1990's and early 2000's. Such was her aura that stars back then used to avoid releasing their films opposite her. Shakeela stars Richa Chadha and Pankaj Tripathi in the lead and is directed by noted director Indrajit Lankesh. The film portrays the hardships of the actress as she had to face lots of criticism, insults and betrayals from her own family members and the film fraternity who were influential in getting her films banned."