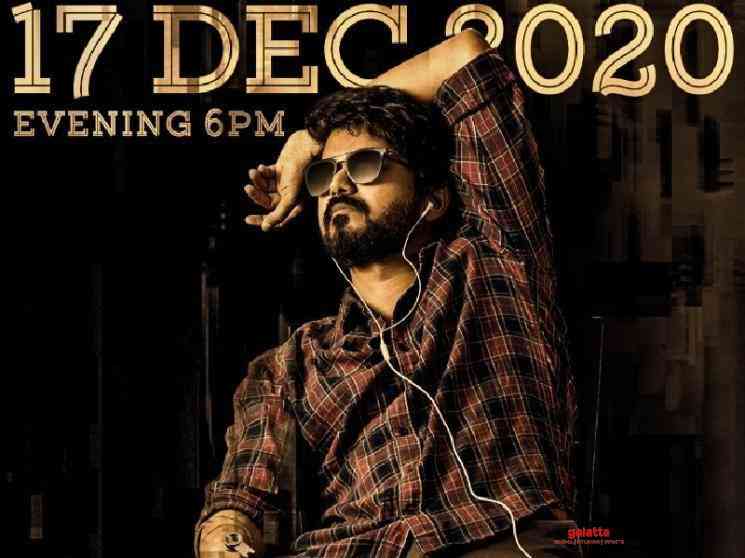 Thalapathy Vijay’s Master is one of the highly anticipated films which is tentatively scheduled to release in the theatres for the festive occasion of Pongal, next year. According to reliable reports, the makers are planning to release the film on January 13, next year, but an official announcement is yet to be made. We will also have to wait for a few more days to get a better clarity about the release plans of the film. The teaser of the film which released on Diwali opened to a phenomenal reception from the fans and it showed great promise. The teaser of Master looked quite different from the usual Vijay films and there was not even a single dialogue for him.

There were several other aspects in the teaser that told us that Master will be very different and unique and it created a huge curiosity among the audience. Makkal Selvan Vijay Sethupathi who plays the antagonist looked great and the teaser gave us the excitement that his combination scenes with Vijay are going to set the screens on fire. The final shot where both of them face off in a fight became viral on social media. The teaser, which was released on Sun TV’s official YouTube channel has crossed over 47.5 million views (as on December 16) and this huge number indeed tells us the hype for the film.

Master will also have a dubbed release in Telugu and a new announcement regarding the Telugu version of Master has been made. It has been announced that the Telugu teaser of Master will be released tomorrow (December 17) evening at 6 PM. Vijay’s market in Andhra Pradesh and Telangana has increased and gained momentum in the past few years and Master is being planned to be released in a grand manner. Bigil's Telugu version, Whistle had a very good opening at the theatres in AP & Telangana and let us hope that the trend continues with Master, as well.

The Telugu dubbed version of Master will be released by Mahesh S Koneru under the banner of East Coast Productions. Mahesh had recently produced Keerthy Suresh's Miss India, which released on Netflix platform. We will have to wait until tomorrow evening to know if the Telugu teaser will be a replica of the Tamil version or a newer version. The fans are eagerly looking forward to seeing the Telugu teaser. Check out the official announcement tweet below: