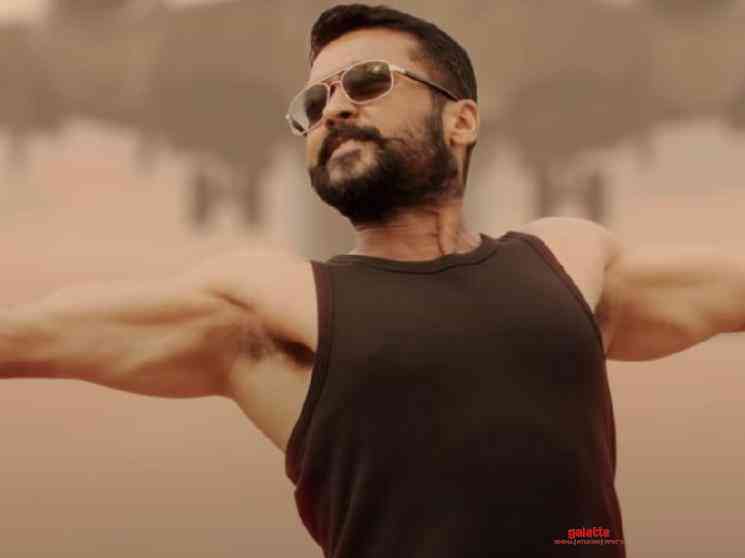 Earlier this week, the trailer of Suriya's Soorarai Pottru was released and it has opened to a phenomenal response from the fans and film buffs. The trailer has indeed increased the expectations among the audience and it looks like Soorarai Pottru is indeed going to be an important film to watch out for. The trailer has crossed over 17 million views on YouTube and the numbers are surely going to increase in the coming days. Meanwhile, Suriya has now released the motion poster of the film and it has taken the fans by surprise. This motion poster excites us, even more, to watch the film as soon as possible. GV Prakash strikes big with his score in the motion poster and the new BGM has been well received by the fans. GV Prakash has played an instrumental role with the music of Soorarai Pottru and it looks like his work is going to be highly loved by everyone.

As already known, Soorarai Pottru is based on the real life of Captain GR Gopinath, the founder of Air Deccan. The film will trace the inspiring journey of an ambitious man who wants to make flying accessible to everyone. The teaser, trailer, promos, and songs have shown great promise and there is a high amount of positive vibe surrounding the film. With that being said, Soorarai Pottru is scheduled to release on November 12, ahead of the Diwali festival, on Amazon Prime Video.

This year's Diwali is indeed going to be very special as everyone would spend their time watching new movie releases in the comfort of their homes. Gear up and get ready to watch Soorarai Pottru from November 12, only on Amazon Prime Video. For now, check out the newly released motion poster of Soorarai Pottru featuring Suriya here: