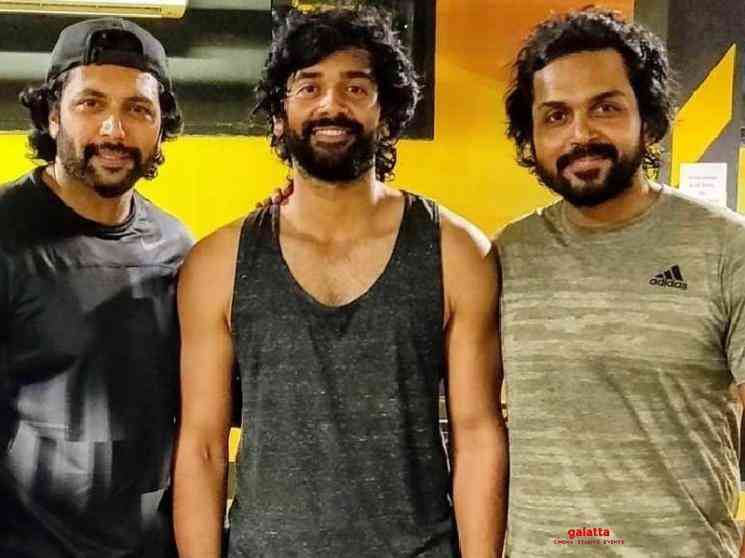 Ace director Mani Ratnam’s dream project, Ponniyin Selvan will finally resume production after a long halt due to the pandemic. The new schedule will begin from today (January 6) at Hyderabad and the makers have planned to shoot some of the important sequences in this schedule. According to reports, grand sets have been erected at Ramoji Film City and Mani Ratnam has decided to execute some major sequences in this schedule. All the leading actors, Chiyaan Vikram, Jayam Ravi, Karthi, Trisha, and others are expected to take part in this schedule. Aishwarya Rai, who will be making a comeback into Tamil cinema, will start shooting for her portions from this schedule.

The entire cast and crew have undergone Covid tests and all the necessary precursors have been taken. It is said that Lyca Productions and Madras Talkies have formed a biosecure bubble and all the members of the team, including the actors, have been requested to follow the guidelines of the bubble. Since Ponniyin Selvan is a magnum opus project involving several star heroes, it should have been challenging for Mani Ratnam and team to plan the schedule and let us hope that the shooting gets finished successfully as planned.

After Annaatthe and Valimai, Ponniyin Selvan has become the next big Tamil film to have resumed production after the relaxation of lockdown. Ponniyin Selvan is a historical epic drama that is being made as a two-part film. Two schedules have so far been completed and scenes involving Jayam Ravi, Karthi, and others were shot in these schedules. Apart from the above mentioned lead actors, Ponniyin Selvan’s star cast also includes the likes of Prabhu, Sarathkumar, Jayaram, Ashwin Kakumanu, Vikram Prabhu, Aishwarya Lekshmi, Sobhita Dhulipala, Mohan Raman, Nizhalgal Ravi, Riyaz Khan, Rahman, Aadukalam Kishore, Arjun Chidambaram, and others. Based on the cult classic novel penned by Kalki Krishnamurthy, Ponniyin Selvan’s film screenplay is written by Mani Ratnam, Jeyamohan, and Elango Kumaravel.

The film will have music scored by AR Rahman and the fans are eagerly waiting to hear and witness the legendary composer's work in the film. Ravi Varman is the cinematographer of the film and this film marks his second association with Mani Ratnam after Kaatru Veliyidai. Sreekar Prasad will take care of the editing.