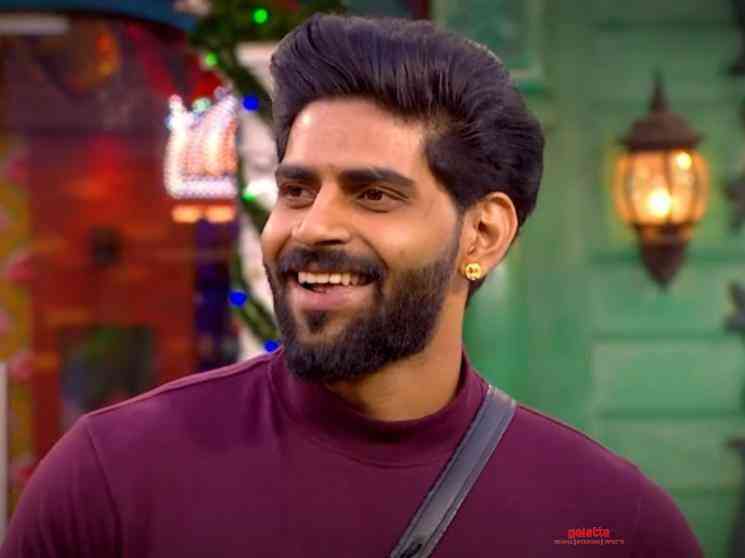 Bigg Boss Tamil season 4 has seen a sensational response from fans as the hit reality TV show is now less than three weeks away from its conclusion. Being hosted by 'Ulaganayagan' Kamal Haasan, Bigg Boss 4 is now in its 86th day, with the contestants to have been shown the exit door during the eviction process totalling to 10 among whom include Velmurugan, Suchithra, Suresh Chakravarthy, Samyuktha Karthik, Rekha Harris, Sanam Shetty, Aranthangi Nisha, Jithan Ramesh, VJ Archana and Anitha Sampath. With the countdown on now for who will be announced as the winner of Bigg Boss 4 in the days ahead, the remaining contestants namely Aari, Rio Raj, Balaji Murugadoss, Shivani Narayanan, Gabriella Charlton, Aajeedh, Som Shekhar, Anitha Sampath and Ramya Pandian are battling it out in wanting to emerge at the top.

Now, Vijay TV has released the third promo for Tuesday, which is focused on Balaji Murugadoss, with his friend surprising him by entering the Bigg Boss 4 house. This is the second promo of the day that has a guest entering the Bigg Boss house after the second promo showed Shivani Narayanan's mother coming in to speak with her. In this latest promo, we see Balaji's friend surprising him and telling him that he expected him to hug him like it usually happens in the Bigg Boss house, which evokes a big roar of laughter among the housemates. The promo ends with Balaji's friend telling him that he's on the right track and is doing everything right.

Balaji Murugadoss has been a big surprise in this season's Bigg Boss as he emerged out of nowhere to become one of the most debated and controversial contestants on the show. A mainstay of the show now, Balaji had gotten entangled in several big conflicts in the Bigg Boss 4 house as his clashes with VJ Archana, Rio Raj, Aari and Gabriella most recently went on to be talked about a lot. Watch the Bigg Boss Tamil Season 4 | 29th December 2020 - Promo 3 below: