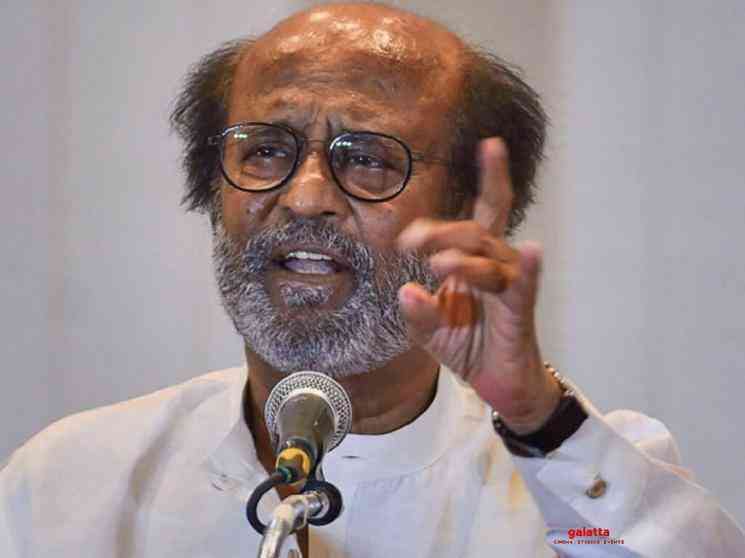 'Superstar' Rajinikanth announced on Tuesday that he will not be entering politics in a detailed official statement on his Twitter page. After announcing earlier this month that he would flag his own political party saying it's "now or never", the veteran actor has said he has made the decision to stay away from politics altogether due to his health condition. "It is with extreme sadness that I have to announce that I can't enter politics. I alone know the pain I have been undergoing since making this decision," his statement read. The 70-year-old's breaking decision to walk away from politics before his entry has come three days after his discharge from hospital where he was admitted over the weekend for fluctuations in his blood pressure.

Rajinikanth, in his statement, further added, "I will serve the people without entering politics. My decision is bound to disappoint my fans and the public, but I request you all to please forgive me." He also spoke about how the shooting of Annaatthe has gotten affected due to COVID-19 and how that too has made him rethink his decision to enter politics. Rajinikanth said, "More than 120 people were being tested daily before the shooting for Annaatthe and despite that four crew members tested positive for coronavirus. Even with all the preparations and arrangements made, people are affected by COVID-19 and I was admitted to hospital for three days. I will have to meet thousands of people and even lakhs during campaigns if I entered politics. Even if a vaccine comes, I am currently on Immuno Suppresant medicines and some other health issues arise then, it would create more problems for those who would be coming with me during my political journey and will give them more untold miseries, which I don't want to impose." Concluding his statement, Rajinikanth expressed his eternal gratitude to his fans and followers and the members in the Rajini Makkal Mandram over the last three years since he first announced his plans to enter politics in December 2017.

Below is Rajinikanth's detailed statement on his Twitter page: