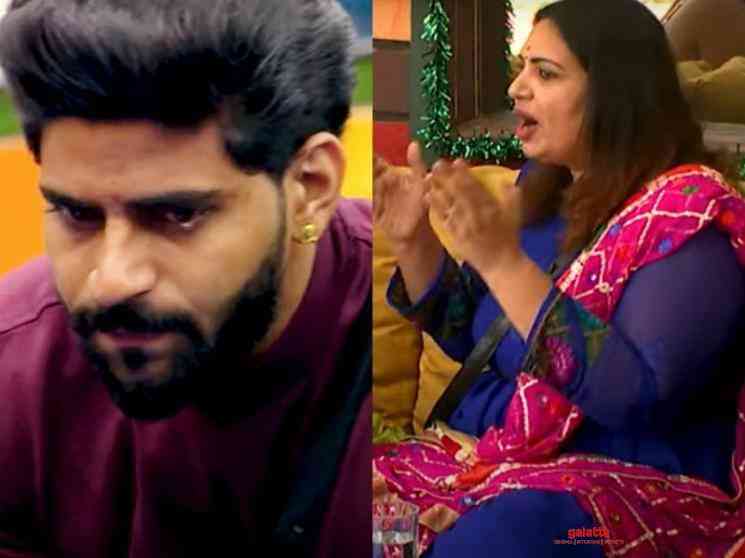 There are 8 contestants currently in the fourth season of Bigg Boss Tamil - Aari, Aajeedh, Balaji Murugadoss, Shivani Narayanan, Ramya Pandian, Gabriella, Rio Raj, and Som Shekar. All eight participants will now be a part of the freeze task which has been happening since the first season of Bigg Boss. The freeze task usually happens towards the last few weeks of the show and during this task, the family members and friends of the contestants will enter inside the house to meet their loved ones. The family members will tell the contestants about the situation outside and how their game is being portrayed.

In the previous seasons, we have seen this freeze task garnering huge attention among the audience. In the previous season, Losliya's father, Sandy's daughter Lala, and Kavin's friend created a sensational buzz during their respective entries. The first entry in the freeze task of this season is Shivani's mother and we saw a glimpse of it in today's earlier released promo. Shivani's mother questioned her about the game she is playing and expressed her disappointment about the same. The promo excited the fans who are now eagerly looking forward to seeing that portion. Following that, Vijay TV has now released the second promo and in this one we see Balaji Murugadoss feeling guilty about Shivani.

He feels Shivani did not get to express her own self since she was mostly beside him. Ramya Pandian tells Balaji not to worry and she says Shivani's mother pointed out the mistakes made only by Shivani and did not talk about Balaji. We will have to watch the full episode to know if Shivani's mother talked about Balaji. It can be noted that a similar kind of incident happened in the third season when Losliya's father, Mariyanesan entered the Bigg Boss house and expressed his disappointment over Losliya's relationship with Kavin. In the newly released promo, we see Shivani shedding tears and being lonely after her mother's exit. It looks like her words have impacted Shivani deeply. Can we see a change in Shivani's game in the coming days? Let us keep our fingers crossed and watch out.

Meanwhile, five contestants have been nominated for this week's eviction process and it includes Ramya Pandian, Aajeedh, Shivani, Gabriella, and Som Shekar. Going by the current online buzz, it looks like either Aajeedh or Ramya Pandian could be evicted, but let us wait for the official results which will be known on Saturday (January 2). For now, check out the promo video here: