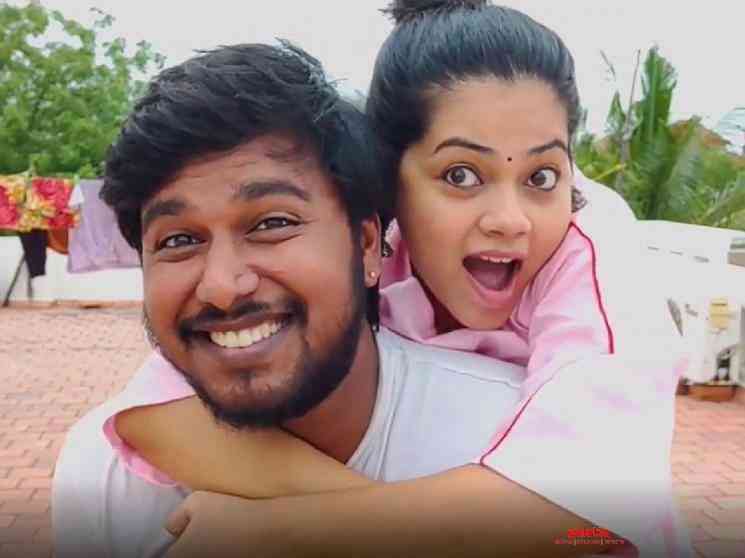 Anitha Sampath was evicted from the fourth season of Bigg Boss Tamil in last night’s (December 28) episode. Anitha made her way out of the house with all smiles and was happy that she was going to go back to her house. She was happy that she could spend the New Year with her husband and family members. Anitha managed to create a solid impact in the house and she garnered attention at several places during the course of the game. Anitha played a crucial role in the eviction of Samyuktha since she nominated her with the help of a topple card. Similarly, she also pointed out Rio’s biased game during the ‘Pudhiya Manitha’ task. She also strongly placed her opinions about several topics and we even saw Kamal Haasan appreciating her for the same.

On the flipside, her over-emotional and highly sensitive character did not suit the mood of the Bigg Boss game. Her unnecessary arguments with a few housemates backfired, as well. After coming out of the Bigg Boss house, Anitha shared her experience about the game show during her goodbye speech.

Talking to Kamal Haasan, Anitha said, “I thought I will stay inside the house only for two weeks, but I have managed to be inside for 84 days and I am very happy in that way. I never expected to stay there for these many days. I also feel proud to have listened to some of the important life advice from Ulaganayagan and I will cherish these moments for life. Bigg Boss house and the game is designed in such a way that you are made to react extremely to different situations. Due to the tasks, strategies, and all debates, there were several arguments and problems, but when I see from outside, the house looks very normal and ordinary. Bigg Boss has taught me not to be over-emotional and that is a lesson I’ve learnt. That has been a problem since my childhood, but I tried my best to control it during the game,”.

Anitha reunited with her husband, Prabha and family members after a long gap of 3 months and she must indeed be happy about it. Anitha has always expressed her love for her husband and we’ve seen her getting too emotional about him during the game. Those who have been following the show regularly would know about Anitha’s love for her husband, Prabha. Now that Anitha is back home, Prabha took to his Instagram page to share a new picture, expressing his feelings. Sharing the picture of Anitha’s Bigg Boss emoji stick, Prabha wrote, “My Dear Devasena is back!”. Check out the image below: 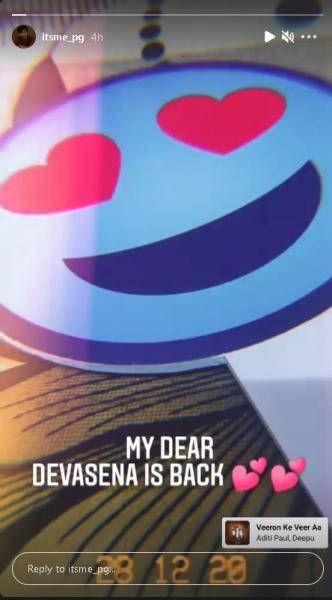