Manish Mundra's Siya, with Pooja Pandey and Vineet Kumar Singh, is sensitive and tasteful, but without any surprises 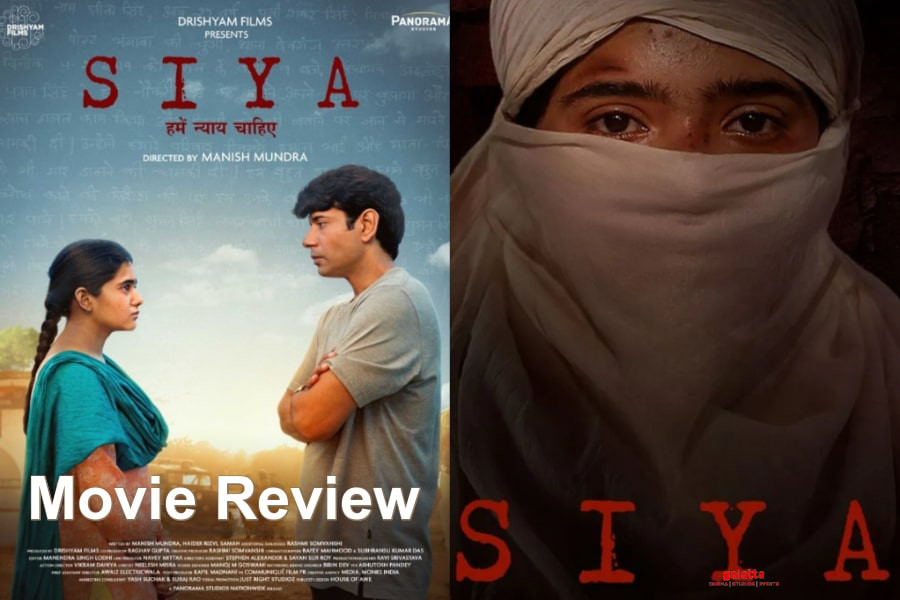 Within the first few scenes, Manish Mundra's Siya lays out the world of its 17-year-old protagonist. (Pooja Pandey plays Siya.) It's a world without toilets for women. It's a world where younger brothers go to school while older sisters have to drop out. It's a world where women are sexually harassed by powerful men, bearing caste names like Thakur. It's a world where a mother feels her daughter should get married instead of taking up a job. It's a world that young women want to escape, and that's what Siya tells the sympathetic Mahendar (Vineet Kumar Singh): she wants to go to Delhi and be with her chachi, her aunt. He tells her she is just a child and Delhi is a big city. But that's probably why she wants to go there. The smallness of this life is suffocating her.

Siya is not a film where there's anything new or surprising. A tragedy occurs. Siya's family is distraught. The perpetrators have connections with the local Councillor, who, of course, is going to talk sweetly at first about justice but will later begin to issue unveiled threats. Evidence is erased. There is collateral damage: family is killed, property is burnt. The cops bow to the Councillor, more interested in their jobs than in justice. Casteist slurs are hurled. In the midst of all this, what should one do: suffer in silence, or fight back? "Hamein nyay chahiye", Siya says. (I want justice.) Early on, Siya narrates the Panchatantra tale about a rabbit that triumphed over a lion. (I think the rabbit becomes a lamb here.) Will this rabbit triumph over the lion in this urban jungle, whose predators are merciless?

Manish Mundra produced Masaan and Newton, and in his directorial debut, he displays a similar sensibility. The film doesn't roar. It's a whisper. The staging is superb, and the film is exquisitely shot. (Rafey Mahmood and Subhransu Kumar Das are the cinematographers.) The story is told with utmost sincerity and sensitivity. But narratively speaking, I wished for something more – say, the multi-pronged approach of the first season of Delhi Crime. Directors like Shyam Benegal, in films like Ankur and Nishant, have depicted similar incidents with both taste and a dash of drama. The films may be based on reality, but that reality has been moulded into fiction. Siya goes for the stark reality and stays there. There's one interesting twist in the story, but in our hearts, we know where it is going to go, and how things are going to end up. Siya is a tastefully made movie about a horrific tragedy, and we become spectators at an arm's length. We see things, but the "good taste" comes in the way of our feeling them. As good as the film is, a fresher approach might have been better.

As Trisha celebrates her birthday today, here we look at 11 of the most memorable performances of Trisha in Tamil cinema

With the success of Etharkkum Thunindhavan, here are 12 other must-watch Suriya films that justify his Nadippin Nayagan title!