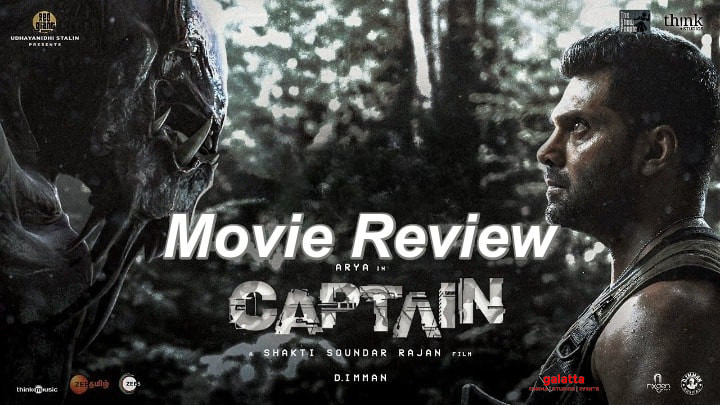 Or so we think. But it takes a good 45 minutes for the action to begin. Yes, every film needs some time to set up its world and its characters, but these people have the depth of a sheet of paper. Arya, the captain of the team, likes to read big books like The Art of War. As for the sole woman under his command, she is uncomfortable in a sari. The rest don't even get that one distinguishing trait, however lame that might be. And how do they bond as a team? Over cone ice-cream. Don't get me wrong. I love cone ice-cream. What I hate is messing with the sensibility of a film. Why not bond over weapons? Why not bond over a dead colleague? Why not bond about how scared this mission is making you feel? You have to take us into this world, not drag us out of it.

The story is a mix of the usual creature-features, like Alien or Predator– but without the scares, the tightly held atmosphere, the A-level visual effects. The aliens look like a man in a rubber suit while standing and while crouching, they resemble rabid dogs. And the mother alien appears to be another animal altogether, which made me laugh. I mean, remember the mother-creature in Aliens, when the Sigourney Weaver character enters her lair? Forget laughing, I don't think I breathed. Why not just follow those established templates, instead of saying "I am Tamil-ising this premise with a love song and a sort-of heroine played by Aishwarya Lekshmi"? Plus, this love song makes little sense when we learn something new about this woman at the end. So even by Tamil cinema rules, you are not doing it right.

The name of the Arya character is Vetri Selvan – you know, because he is in the Army and all that. For a change, wouldn't it be nice to have a soldier named Ramesh or Suresh? Simran plays a scientist – I think. The flat dialogues and the bad cuts to reaction shots are even scarier than the creatures, which aren't very scary in the first place. Vetri Selvan begins the films by reciting some rules about fighting. One, identify the enemy. Two, fight with the enemy. Three, identify the enemy's weakness. Wait! Wouldn't you want to identify the enemy's weakness before fighting with him or her or it? And later, if you capture one of the creatures and have it in a special lab, wouldn't you have someone monitoring the area all the time? In other words, like always, the real thing our protagonist ends up fighting is the screenplay. And sadly, no amount of Army firepower can overcome bad writing.

Here is the detailed SWOT analysis on Chiyaan Vikram's Cobra - check out the strengths and threats for the film!

Dhanush and Aishwarya Rajinikanth spotted together for the first time after their separation - Check out!

Arya battles against a creature of new species in the action-packed Captain trailer - WATCH NOW!

Dhanush's Thiruchitambalam FDFS gets a big surprise - check out the viral visuals here!!