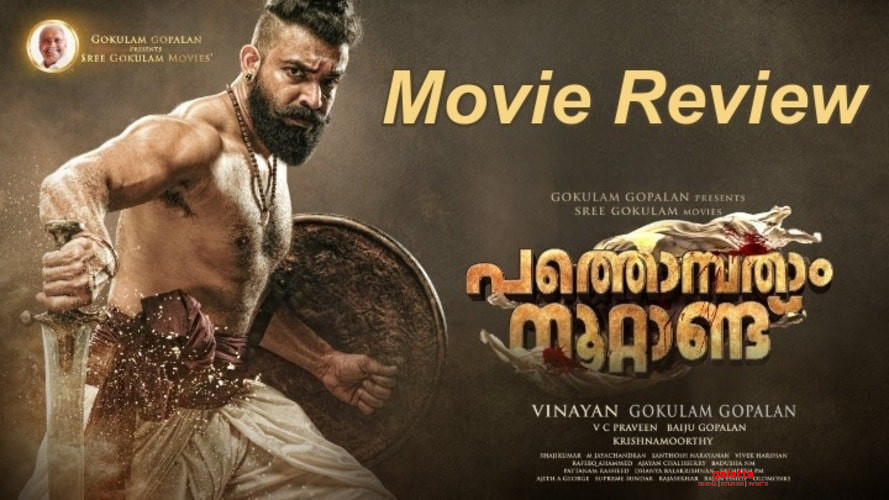 Vinayan's Pathonpatham Noottandu, set in Travancore, is two kinds of biopic. Firstly, it is a "biopic" of the time period of the title, the 19th century. We get the legend of Nangeli (Kayadu Lohar), who cut off her breasts in order to protest against the "breast tax", which was imposed on oppressed-caste women who dared to cover their chest. We have Chemban Vinod Jose as Kayamkulam Kochunni, the Robin Hood-like outlaw who stole from the rich and gave to the poor. We learn how bad it was for even dominant-caste women, who were sometimes forced to marry very old men. One such woman approaches the powerful Arattupuzha Velayudha Panicker, played by Siju Wilson. She wants his help. But he says his focus is on helping oppressed-caste people like him. He cannot help Nair women, too. Also, if he does this, the king of Travancore might turn against him, and so far, the ruler has been a kind benefactor.

What he is essentially saying is that, despite his mission of helping those like him, he knows his place. And we come to the second biopic in the film, a slice of the life of this man. He is filled with contradictions. While most oppressed-caste people work in menial jobs, Velayudha Panicker is a very successful spice merchant. So it is to his advantage to not upset the status quo, which is evident in the scene where he requests his grandfather to not go to a Kathakali performance, which only the dominant castes are allowed to see. Even when the king requests him to take a seat in court, he prefers to remain standing. Perhaps he knows that the king may not mind, but the high-born courtiers certainly will.

And yet, his blood boils when he sees the injustice around him. Apart from the breast tax, there's a moustache tax, punishment for wearing nose rings, a fishing tax – and all this applies only to the oppressed castes. The king and queen of Travancore are sympathetic, and they really like Velayudha Panicker. (In fact, it is the king who gives him that title/surname.) But behind their backs, the others in the nobility keep finding ways to demean Velayudha Panicker and others. Siju Wilson does full justice to this character. He stands erect, and from this very stance, we see he is not the kind of person who bows easily to others. He is superb in the scene where he asks Kochunni if he is really a Robin Hood, or if he helps the poor just to shut them up so he can continue to rob the rich.

I wish the film had chosen to go with one biopic or the other: either show us what the 19th century was like through a series of incidents and vignettes, or tell us the story of Velayudha Panicker. But because it tries to do both, there are some clunky passages. Nangeli comes and goes as she pleases, without a sustained character arc. The Kochunni subplot gets no closure. The British are your typically evil buffoons, who want to sleep with dark-skinned women or demand wrestling matches where the winner kills the loser. And the relentless slo-mo used to showcase Velayudha Panicker as a hero, especially during the action scenes, gets very tiring.

But all said, Pathonpatham Noottandu holds your attention. It is a big production with some decently staged set pieces, and the best parts are the ones that show Velayudha Panicker on a mission to retrieve jewels stolen from the king's favourite temple. This alone could have been a movie, a grand adventure. But inevitably, Velayudha Panicker cannot be shown as just a warrior. He also needs to be seen as someone who really tried to change things. At the end, we are shown that things became better for the oppressed, thanks to an order by the king, but we are also told that these orders were not obeyed. The systematic oppression continued – and perhaps continues.