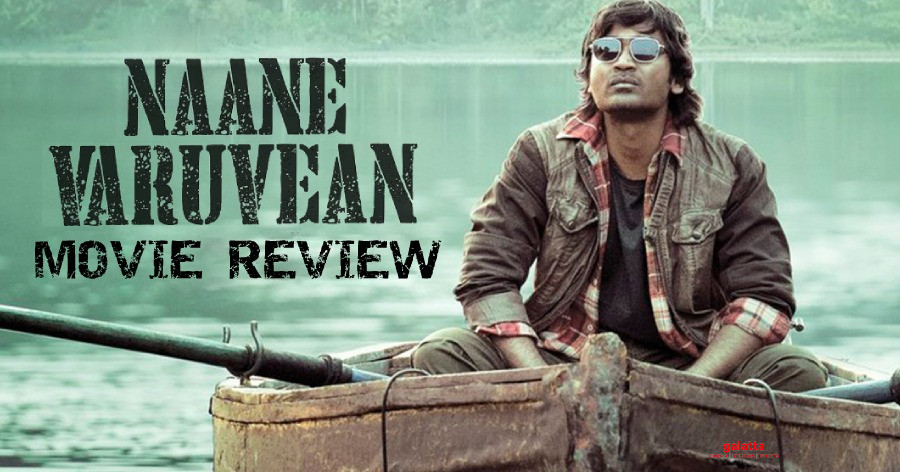 Selvaraghavan's last film, Nenjam Marapidhillai, was the best thing he'd made in ages. He took a horror premise and put his stamp all over it: the film was wonderfully eccentric, and it was a thrilling portal into the mind of one of our most unique filmmakers. Selva's new film, Naane Varuvean, is another supernatural story – and it is a big comedown. I kept looking for Selvaraghavan signatures in this largely generic narrative and maybe found one. Maybe. From the song the title is taken from to the other old songs played in the movie, each one of them has a version in Hindi or another language. In other words, these songs are all "twins", like the characters played by Dhanush, named Kathir and Prabhu. Otherwise, there are none of the touches we expect from this filmmaker, and that includes the linear narrative that offers no surprises.

The story revolves around an Aalavandhan-like premise: good twin, bad twin. We are given this information right at the opening, and I wondered why they did not reveal this fact later, after we are made to think there's just this one Dhanush character, the good guy, with a wife played by Indhuja and a daughter. The film has no… suspense, nothing that makes us wait for a big revelation. The first half is competent, though conventional. This happy family is thrown into chaos when the girl begins talking to an invisible friend. There's a nice touch where the Dhanush character hires youngsters who approach ghosts in a scientific way – but there's very little excitement or mounting dread. But the twist is good: to heal the daughter, the father is given a very daunting mission where he has to confront his past.

Naane Varuvaen marks the reunion of Selvaraghavan and Dhanush after Mayakkam Enna – and it looks and feels like a hastily put-together project that leaves us with more questions than answers. Why not tell us a little more about the brothers? How does the ghost know about Dhanush's daughter? Why does the ghost pick Dhanush for the mission, when he is a regular guy with no particular strengths. At least in Aalavandhan, the good twin was a cop with special training. Here, the good Dhanush just hangs around with Yogi Babu, whose attempts at comedy feel so wrong in this milieu. The film's silliest plot point has Yogi Babu entrusted with a super-important task involving a child. Who would give this man this task? Why not make the bad Dhanush's bloodlust more scary and threatening instead of simply making it "cool"? How does the ghost know archery? Oh, and Prabhu plays a psychiatrist who declares he is also a spiritual healer. Why does he disappear after a while? And what spiritual healing does he end up doing?

Sure, one cannot question, too much, the "logic" in a ghost movie – or, for that matter, in a Selvaraghavan movie. His strength is his powerful scene-writing, which makes us believe the unbelievable, which makes us convinced about what would normally be unconvincing. But he is working with very generic and superficial material here, and this affects the hero, too. Dhanush plays the good twin convincingly, with streaks of grey in his facial hair. His concern for his daughter looks genuine. But as the bad twin, he resorts to a few "mass" OTT mannerisms and they don't help an already underwritten character. Naane Varuvean runs just 120 minutes, and I wished they had spent a little more time fleshing out this man. What should have been a big action set piece in a forest – involving badly behaved youngsters – is casually reduced to a few easy killings. Selvaraghavan has a cameo that makes little sense as presented in the film. I wondered why he wasn't used in a bigger role involving the evil twin. As I said, I left the theatre with more what-ifs and questions than answers.

Suriya and Vetri Maaran's Vaadivaasal - Here's what producer Kalaipuli S. Thanu has to say about the next update!

Dhanush makes a big revelation about Naane Varuvean before its release - OFFICIAL STATEMENT!