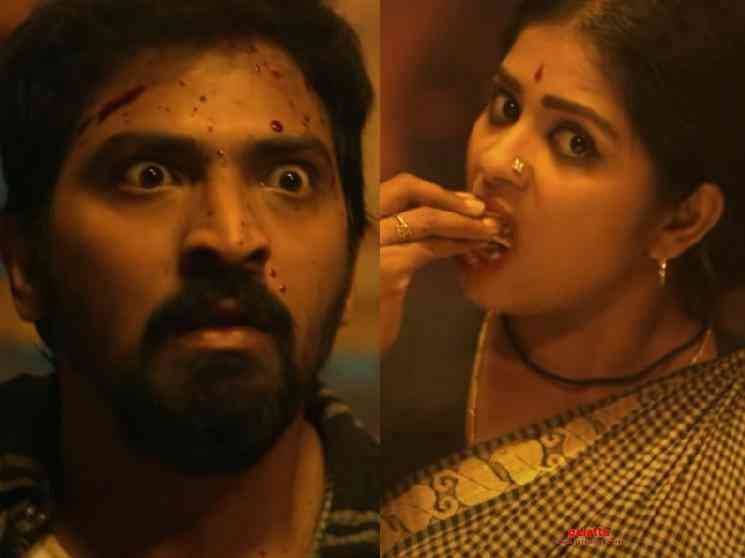 Vaibhav's Katteri is scheduled to release in the theatres, this Friday, on December 25. Katteri is the next notable Tamil film after Irandam Kuththu, Biskoth, and Kavalthurai Ungal Nanban to release in the theatres after the reopening of theatres and the movie will run with a 50% occupancy as per the Government norms. Katteri is a horror comedy film directed by Deekay who has already delivered a successful film (Yaamirukka Bayamey) in this genre. The trailer of Katteri which released recently opened to a very good response from the fans and now the makers have released a new scene from the film as a sneak peek.

This funny sneak peek has already garnered good attention among the fans and it looks like the film has got the potential to score big at the box office. The sneak peek features Vaibhav, Karunakaran, Ravi Mariya, Sonam Bajwa, Jaangri Madhumitha, and others. This dark comedy scene manages to strike a chord with the audience and many of them feel that the film will be a satisfying entertainer. The sneak peek has also found a place in the trending YouTube videos. The sneak peek has opened to positive reviews from the fans.

Vaibhav's last few films have not managed to succeed at the box office and let us hope that Katteri changes the streak. Many theatre owners felt that the audience did not turn up to the theatres only because of a lack of good content and let us see if Katteri manages to attract the audience into the theatre. If the film is neatly packed with solid fun and horror moments on the lines of Yaamirukka Bayamey, we can be sure of the film's success. Katteri is produced by KE Gnanavel Raja under the banner of Studio Green and has music scored by SN Prasad. The film's star cast includes Vaibhav, Varalaxmi Sarathkumar, Sonam Bajwa, Aathmika, Ponnambalam, Ravi Mariya, Karunakaran John Vijay, Mime Gopi, Manali Rathod, Jaangri Madhumitha, and others.

Vignesh Vasu and Praveen KL have handled the cinematography and editing departments respectively. As the film is all set to release in the theatres on December 25, here is a look at the newly released comedy scene from the film: