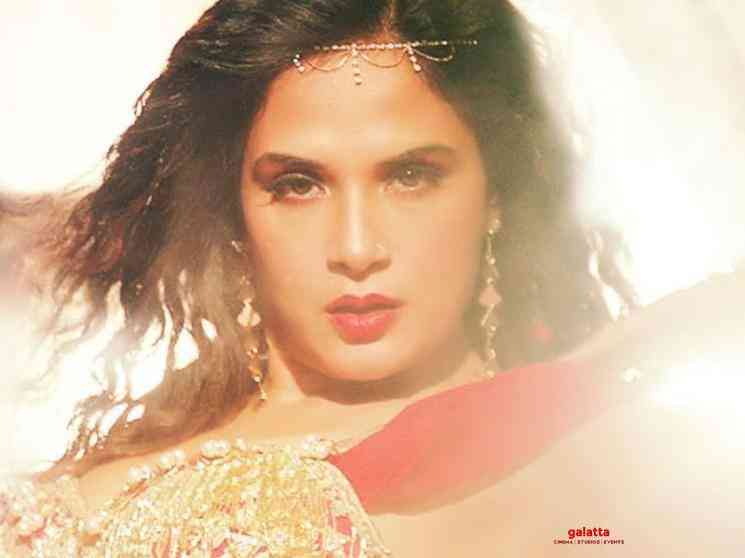 A film that has been carrying tremendous hype right from the moment it went on floors is the biopic on former adult star Shakeela, with popular Bollywood actress Richa Chadha in the titular role. The film's electrifying teaser and trailer released a few days back in quick succession have not only received stunning feedback, but have also increased the excitement among fans. Slated to arrive in theatres around the country on Christmas Day, the sultry Richa's performance based on the early visuals in the Shakeela teaser and trailer are already being talked about quite a lot.

With less than a week for Shakeela's theatrical release, the much-awaited 'Taaza' video song picturized on Richa Chadha along with a few montage visuals from the film is now out officially on YouTube. Featuring vocals by Prakriti Kakar, Veer Samarth and Saheb Khan to the lyrics penned by Kumaar, the film has been directed by Indrajit Lankesh and produced under Sammy Nanwani's Sammys Magic Cinema banner.

For those who are unfamiliar with Shakeela, the former adult star featured primarily in South Indian films till the early 2000s, whose popularity was on par with many leading superstars around the country. Shakeela is for the most part said to be set during the 90s and also includes Pankaj Tripathi, who is playing a leading actor opposite Richa Chadha. Said to be a true account of various incidents from Shakeela's life, the upcoming film's star cast also includes Ester Noronha, Rajeev Pillai and Sheeva Rana in pivotal roles, with music by Meet Bros and Veer Samarth, cinematography by Santosh Rai and editing by Ballu Saluja.

The official synopsis for Shakeela is as follows: "Shakeela is a film inspired by life events of a famous star Shakeela who predominantly starred in southern cinema. She starred in many controversial and bold films. Making her debut at a young age of 16, she went on to star in about 250 films. She was a major star in the late 1990's and early 2000's. Such was her aura that stars back then used to avoid releasing their films opposite her. Shakeela stars Richa Chadha and Pankaj Tripathi in the lead and is directed by noted director Indrajit Lankesh. The film portrays the hardships of the actress as she had to face lots of criticism, insults and betrayals from her own family members and the film fraternity who were influential in getting her films banned."

Watch the 'Taaza' video song from Shakeela below: