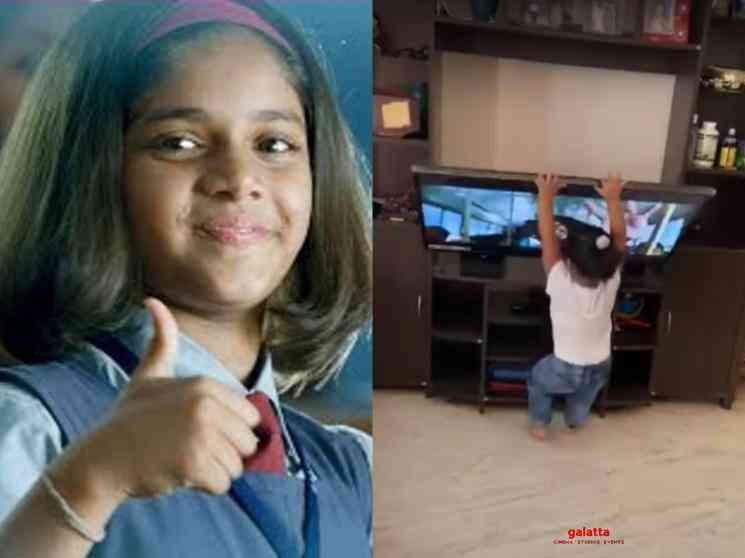 A film in 2018 that was talked about among fans for its performances and music overall was the Prabhu Deva and Aishwarya Rajesh starrer Lakshmi. However, the biggest USP factor in the musical dance film written and directed by A. L. Vijay and featuring hit songs composed by Sam C.S was the 14-year-old Ditya Bhande, who was twelve years old when it hit theatres. Ditya is the title winner of the kids dance reality television show Super Dancer season 1 and also participated as one of the contestants in Dance India Dance season 7.

Lakshmi went on to perform average at the box office, but was noted for Ditya Bhande's performance who enthralled fans with her dance skills on par with Prabhu Deva. In Lakshmi, Aishwarya Rajesh is a single mother who raises the 10-year-old Ditya and incidentally detests music and dance. On the contrary, the 10-year-old Lakshmi portrayed by Ditya has big dreams of winning the "Pride of Life India Jr." title in the national level dance competition. Ditya, around whom the story is centred around, goes on to treat audiences to her dance skills, especially in the peppy and foot-tapping "Morrakka Mattraakka" song sung by Unni Krishnan with the lyrics penned by by Madhan Karky. The song showed the young dancer-actress' proficiency and fetched her massive appreciation from fans who watched the film.

Now, two years later, the "Morrakka Mattraakka" song from the Prabhu Deva, Aishwarya Rajesh and Ditya Bhande starrer Lakshmi still continues to be enjoyed, especially with the kids, with a video of a child dancing to it going viral on social media. Composer Sam C. S. took to his Instagram page to post the video of the child enjoying and dancing to the "Morrakka Mattraakka" song. In the video, we see the child emulating the dance moves until she goes on to tip over the television by trying to hold and hang on to it akin to the visuals of Ditya's spins and whirls. The video of the child enjoying the Lakshmi song has been receiving tremendous feedback from fans, who not only are appreciating the little bundle of joy, but also sympathize with her after the TV ends up falling to the ground towards the end.

Check out Sam C.S' video on his Instagram page below: