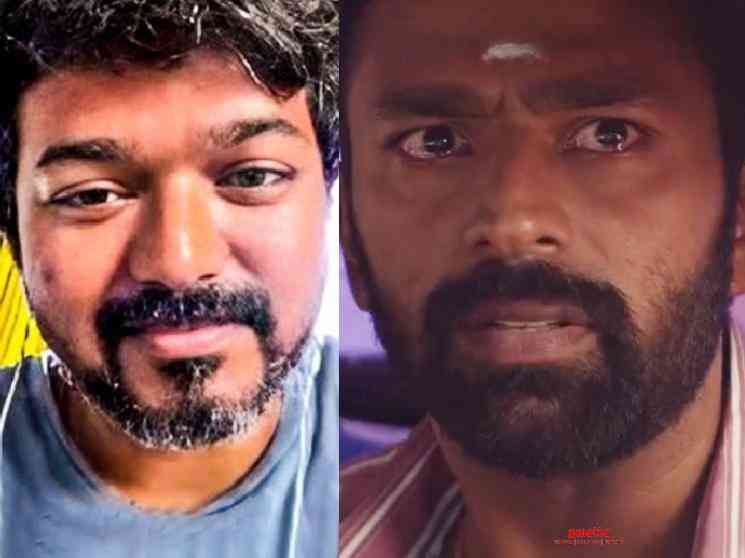 Netflix's latest Tamil release, Paava Kadhaigal, has opened to a positive reception from the fans and it has been garnering very good attention among the people of Tamil Nadu. Paava Kadhaigal is an anthology consisting of four short stories directed by Gautham Vasudev Menon, Vetri Maaran, Sudha Kongara, and Vignesh Shivan. Paava Kadhaigal, as the title suggests, dealt with the theme of sin and honour killing. The film has got a good reception from the audience and it has left a solid impact among the viewers. Soorarai Pottru director Sudha Kongara's directorial titled Thangam was one of the most raved portions among the four films and it has been garnering so much love and support from the fans.

Thangam featured Shanthnu Bhagyaraj, Kalidas Jayaram, and Bhavani Sre in the lead roles. Kalidas played the role of Sathaar, an effeminate, who was in love with his best friend, Saravanan, played by Shanthnu. Kalidas' performance as Sathaar was outstanding and he made sure he gave his best for the character. People who loved the Thangam episode felt that it was Kalidas' performance that made the film more impactful and intense. Similarly, Shanthnu's performance as Saravanan was also very impressive. The intense emotions that Shanthnu managed to showcase in the final few minutes of the film was hard-hitting.

The entire team of Thangam has been receiving so much love from the audience and to celebrate the success, the team gathered recently for a get-together party. The team cut a cake and celebrated the success at a private hotel in Chennai. Shanthnu shared a glimpse of the party through a live video in which the team expressed their happiness about the reception. During the live video, Shanthnu revealed that Thalapathy Vijay called him over the phone and appreciated him for his performance in the movie. Vijay was apparently surprised with the way Shanthnu performed in the film.

Sharing it in the live video, Shanthnu said, “Vijay na called me this morning and told me that I’ve acted really well in the film. He asked me if this is the new dimension of Shanthnu, the actor and was surprised that I acted in an intense character like this,”. Kalidas mimicked Vijay’s phone call with Shanthnu and everyone had a hearty laugh. Check out the video for yourself: