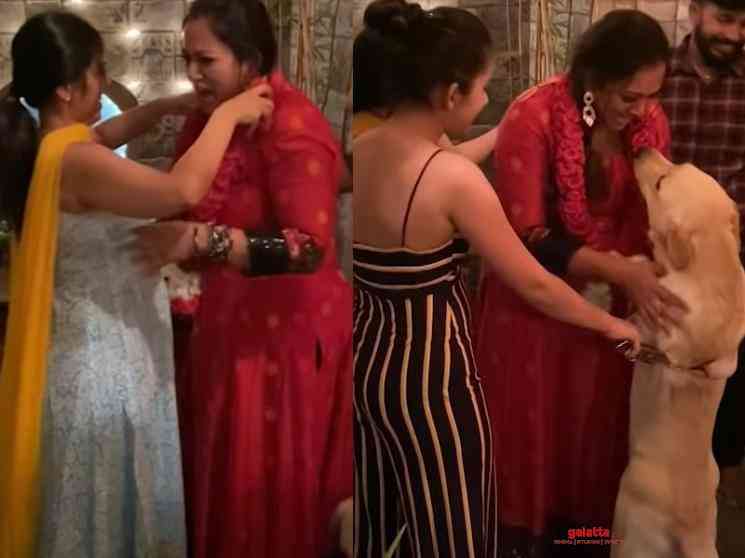 Popular video jockey and anchor Archana was evicted from the Bigg Boss Tamil show recently and her eviction was widely expected by the audience. A section of the fans felt that her 'anbu' strategy was not suited for the game of Bigg Boss and there were several other complaints against her. Those who have been active on social media would know about the mixed reception that Archana got for her Bigg Boss game. Archana's eviction made Rio, Som Shekar, and Gabriella very emotional and the three of them were heartbroken after her exit. However, Archana took it on a positive note and was excited to see her family after a long gap of two months.

The fans were eagerly waiting to see a glimpse of Archana's latest pictures or videos with her family members as most of the housemates who got evicted have shared similar videos in the past. Following a day's wait, a video was released on Archana's official YouTube channel, last night (December 21). In this video, we see Archana entering her house after 2.5 months and reuniting with her family members. Archana gets a warm welcome from her daughter Zaara, sister Annie, doggie Simba, husband Vineet, mother, and others. The video is sure to put a smile on your face and it is indeed a heartwarming video to watch.

Certain people who criticised Archana for her Bigg Boss game were very happy for her and the reception is quite evident through the comments below the video. People opine that this 'anbu' is the true love that will last forever. Archana is seen shedding tears seeing her daughter, sister, mother, and husband. Archana hugs each and everyone and she is also so happy seeing her sister Annie pregnant. Archana's pet dog, Simba has garnered a lot of attention through this video and his abundant love is beautiful to watch. The fans are also pouring their love for Simba.

The new video has also managed to earn more love for Archana. The video has been released on Archana's official YouTube channel, Wow Life and it has already gone viral among the fans. Now that Archana has reunited with her family, we can expect her to entertain and engage us with newer shows and programs. Archana was the ninth contestant to be evicted from the fourth season of Bigg Boss Tamil after Rekha, Velmurugan, Suresh Chakravarthy, Suchi, Samyuktha, Sanam Shetty, Jithan Ramesh, and Aranthangi Nisha. Currently, there are nine contestants inside the house and it includes Rio Raj, Shivani Narayanan, Ramya Pandian, Aari, Aajeedh, Balaji Murugadoss, Gabriella, Anitha Sampath, and Som Shekar. For now, check out the latest video of Archana after her Bigg Boss eviction here: