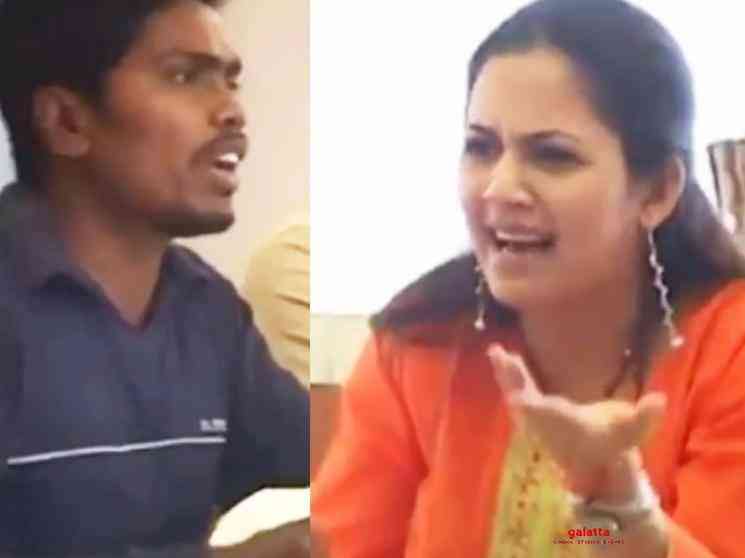 VJ Archana Chandhoke has been a household name across Tamil Nadu for more than a decade after she was a part of popular TV shows such as Sun TV's Ilamai Pudhumai and Comedy Time, including hosting Kalakka Povathu Yaaru and Namma Veetu Kalyanam on Vijay TV, Veedu Manaivi Makkal on Kalaignar TV, Celebrity Kitchen on Puthuyugam TV, Sa Re Ga Ma Pa Lil Champs and Sa Re Ga Ma Pa Seniors on Zee Tamil. Having also hosted several big events, including interviewing 'Superstar' Rajinikanth around the time of 2.0's release, Archana's popularity went one step higher after she recently participated as a wildcard entrant on the hit Tamil reality TV show, Bigg Boss Tamil season 4.

Archana entered Bigg Boss Tamil season 4 in the second week and was one of the most debated contestants on the show, having been a part of several notable conflicts. Evicted from the show a couple of weeks back, the popular hostess-turned-actress is currently taking a break and spending her time with her family. In the meantime, a 15-year-old video of VJ Archana has gone viral where she is shown being pranked by none other than ace director Pa. Ranjith of Attakathi, Madras, Kabali, Kaala and the upcoming Sarpatta Parambarai fame. The video, which is now doing the rounds on social media, shows a young Pa. Ranjith as an assistant to Venkat Prabhu, with whom he worked in his films namely Chennai 6000028, Goa to name a few. The video shows Ranjith performing a prank on Archana by posing as an aspiring filmmaker who wants her to act in his upcoming film.

Planned by a friend of Archana with the help of team 'Halwa' that also includes director Venkat Prabhu, the prank shows Archana at a restaurant gradually losing her cool on Pa. Ranjith as he keeps pursuing her to act in his film. We see Ranjith introducing himself as Mani Ratnam's assistant director and urges her to listen to his script. Archana makes attempts to avoid him, but Ranjith continues to narrate his story much to her annoyance, making her inform him that she is married and asking him to leave, with the hotel security eventually stepping in.

In the video, we see Pa. Ranjith asking Archana her demands to act in his film and suggesting if Rs 100 as salary would be enough for her. Archana responds back asking if it is a low budget art film, with Ranjith responding the budget of the scene in his venture would alone cost Rs. 2 crore. Towards the end, a furious Archana gets trolled by Ranjith who says she will play a junior artist and not the heroine role. Eventually, as the security escorts Ranjith out, we see Archana's friend giving her some halwa and revealing to her that the whole act was a prank, with Venkat Prabhu as well emerging out of the shadows. Watch the entire incident below: