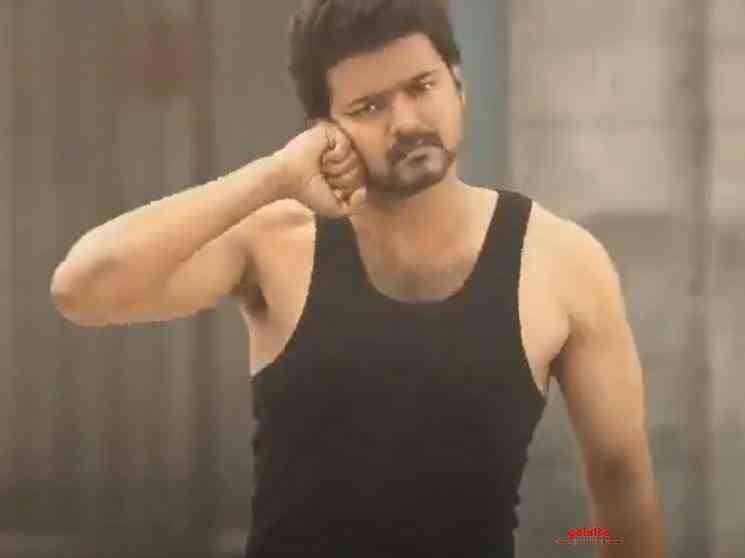 Vijay’s Master will have its grand theatrical release on January 13, ahead of the Pongal festival and it is going to be a very special day for all the fans. Everyone has been waiting for this film’s release since April 2020 and it will finally happen in another one week’s time. Master features Makkal Selvan Vijay Sethupathi as the antagonist and his combination scenes with Vijay is going to set the theatre screens on fire. Vijay will be seen as a college professor named JD (aka Vaathi), while Vijay Sethupathi will play the role of Bhavani. Master’s star cast also includes the likes of Malavika Mohanan, Arjun Das, Shanthnu Bhagyaraj, Gouri Kishan, Andrea Jeremiah, KPY Dheena, and others.

Ahead of the film’s release, Galatta Media had an exclusive interview with the man of the moment, Lokesh Kanagaraj, who has directed the film. During the interaction, we asked if Vijay’s character of a college professor is inspired by Kamal Haasan’s character in Nammavar, Lokesh replied in an affirmative. However, Lokesh did not reveal anything more than that. He nodded his head with a ‘Yes’. He also mentioned, “Yes! You guys see the film, first. We will talk about the character in-depth, then,”. We know that Lokesh Kanagaraj is an ardent fan of Ulaganayagan Kamal Haasan and this connect does not come as a surprise.

Lokesh’s previous directorial, Kaithi was inspired by Kamal Haasan’s Virumaandi and the film received highly positive reviews. And now, it is known that Vijay's college professor character is inspired by Kamal Haasan’s character from Nammavar. On the directorial front, Lokesh Kanagaraj’s next film will be Vikram, starring Kamal Haasan in the lead role. It has been quite a while since everyone saw the actor Kamal Haasan and Vikram is expected to fulfill our desire to see him in an exciting character. Vikram will be an action thriller produced by Raaj Kamal Films International and it is expected to go on floors very soon.

Lokesh Kanagaraj will be looking forward to making the fullest use of the opportunity to work with his idol, Kamal Haasan. Vikram will have the same team of Master - Anirudh Ravichander for music, Sathyan Sooryan for cinematography, Philomin Raj for editing, and Sathees Kumar for art direction. For now, check out the video below to watch Lokesh Kanagaraj’s full interview about Master. Don’t Miss!