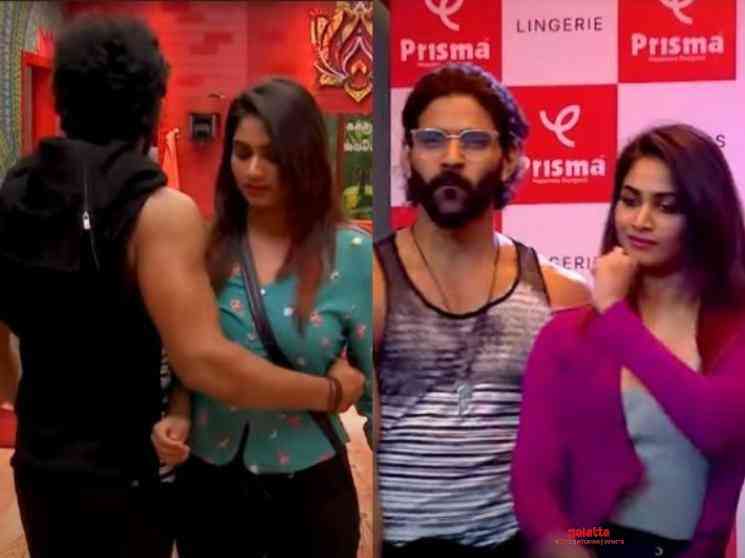 The ongoing Bigg Boss Tamil season 4 has been receiving a staggering response from fans and is right on par with the ratings that the previous three editions had achieved. Kamal Haasan is once again hosting the smash hit Tamil reality TV show for the fourth time, with Rekha Harris recently being shown the exit door as the first contestant to be evicted. The sixteen contestants who are currently in the Bigg Boss 4 house are Ramya Pandian, Rio Raj, Shivani Narayanan, Samyuktha Karthik, Gabriella, Aajeedh, Balaji Murugadoss, Som Shekhar, Suresh Chakravarthy, Aranthangi Nisha, Anitha Sampath, Sanam Shetty, Jithan Ramesh, Aari, singer Velmurugan, with popular VJ and actress Archana Chandhoke introduced into the show as a wildcard entry.

With Bigg Boss Tamil season 4 set to conclude its fourth week, a new promo for Friday has now been released by Vijay TV. In this fourth promo for the day, we see Shivani Narayanan and Balaji Murugadoss putting up a dance performance for the rest of the contestants. Both Shivani and Balaji are seen tapping their feet to the song, "Maacho" from 'Thalapathy' Vijay's blockbuster, Mersal, composed by Academy Award-winning composer A. R. Rahman. Apart from grooving to the beats of the song, we also witness both Balaji and Shivani do a ramp walk on a stage specially set up inside the Bigg Boss 4 house for this purpose.

The latest promo is a fun and celebratory one and is a step away from the many controversial moments that viewers have so far gotten to witness on Bigg Boss Tamil season 4. Looking at the three promos that were released earlier in the day, we can expect plenty of drama later in tonight's episode of Bigg Boss 4. Considering the subject of groupism has been a major controversial topic among the contestants and with Aari as well bringing it up, tonight's episode to be telecast on Vijay TV and streamed on Hotstar will no doubt be an intense one.