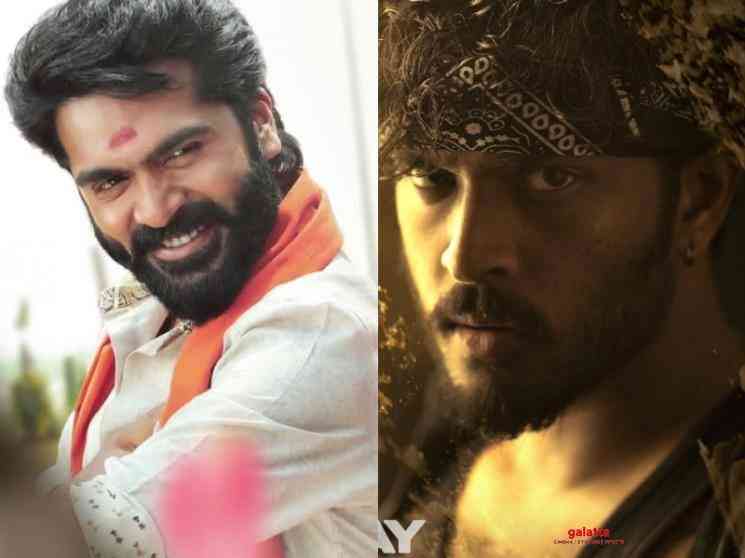 As already known, Silambarasan TR and Gautham Karthik would be acting together in the Tamil remake of the critically acclaimed blockbuster Kannada film, Mufti and the movie is directed by Obeli N Krishna of Sillunu Oru Kaadhal fame. Produced by KE Gnanavel Raja under the banner of Studio Green, this action drama is titled Pathu Thala. The title look poster was officially released a few days before and it created a huge buzz on social media. The title looked interesting and suitable, considering the premise of the movie. Gautham Karthik will be seen as a Police Officer who tracks down an underworld don, played by Silambarasan TR.

The young and happening Priya Bhavani Shankar will play the female lead and she will be seen as Gautham Karthik’s pair. Simbu doesn’t have a pair in the movie. The film’s star cast has now gotten one more new addition and it is indeed an interesting addition. Yes! Popular musician and budding actor, Teejay Arunasalam will play an important role in the film and the official announcement regarding the same was made this morning (January 6). Teejay is celebrating his birthday today and marking the special occasion, the announcement was made.

Sharing his excitement about getting to act with one of his favourite heroes, Simbu, Teejay tweeted, “#PathuThala will be my next venture! An Action, Gangster movie with @StudioGreen2 & Director @nameis_krishna A dream to be working alongside one of my favourite 90s hero, annan @SilambarasanTR_! 2021 #Thankyou”. Teejay got his breakthrough in cinema through Dhanush’s blockbuster hit, Asuran, directed by Vetri Maaran. Teejay garnered attention through his impressive performance as ‘Murugan’ (Dhanush’s elder son) in the movie. Despite appearing for a lesser screen time, Teejay managed to hold the audience with his performance and let us hope that things turn out to be fruitful for him in Pathu Thala, as well.

The shooting of Pathu Thala is expected to begin this month and more details are awaited. Bagging solid roles and sharing screen space with leading heroes like Dhanush and Simbu in the beginning stages of the career must definitely be a big motivation for Teejay and we wish him the best of luck. The fans are also congratulating him on social media and we are sure that this year’s birthday is going to be memorable for him. Check out the official announcement about Teejay acting in the STR - Gautham Karthik starrer Pathu Thala here:

A dream to be working alongside one of my favourite 90s hero, annan @SilambarasanTR_ !