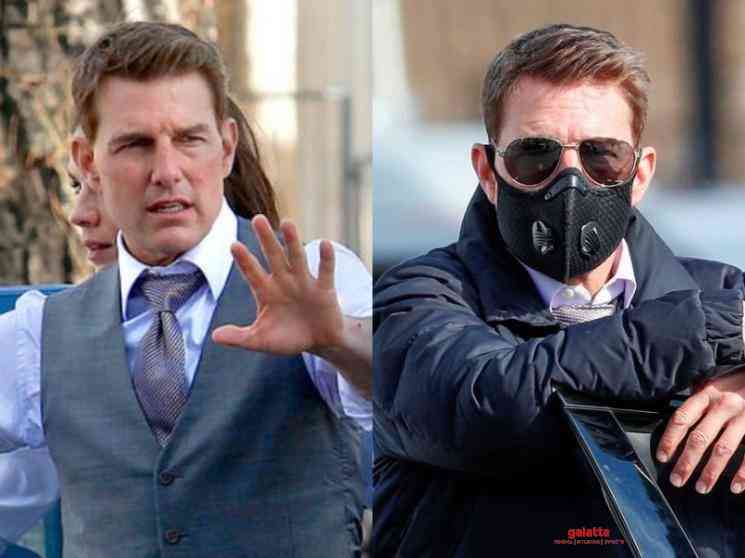 Hollywood superstar Tom Cruise is currently shooting the seventh film in the global blockbuster franchise, Mission Impossible. Tentatively titled Mission Impossible 7, the 58-year-old actor has already filmed several death-defying stunts, with shooting spot videos going viral on social media. That said, an audio from the Mission Impossible 7 sets was obtained by the UK tabloid The Sun, in which Tom Cruise can be heard venting out his frustration at the film's crew after noticing them flouting COVID-19 guidelines. It is stated the crew members were standing too close to each other in front of a computer screen and not adhering to the social distancing rules.

In the leaked audio clip, Tom Cruise can be heard saying, "We are the gold standard. They’re back there in Hollywood making movies right now because of us. Because they believe in us and what we’re doing. I’m on the phone with every f***ing studio at night, insurance companies, producers and they’re looking at us and using us to make their movies. We are creating thousands of jobs, you m***********s. I don’t ever want to see it again. Ever! And, if you don't do it, you're fired, and I see you do it again you're f***ing gone".

Tom Cruise in his rant then says, "You can tell it to the people who are losing their f***ing homes because our industry is shut down. It’s not going to put food on their table or pay for their college education. That’s what I sleep with every night – the future of this fucking industry!" He then continues, "So I’m sorry, I am beyond your apologies. I have told you, and now I want it, and if you don’t do it, you’re out. We are not shutting this f***ing movie down! Is it understood? If I see it again, you’re f***ing gone."

Pointing out to specific crew members, Tom Cruise tells one among them, "You’re going to cost him his job." He then continues, "Am I clear? Do you understand what I want? Do you understand the responsibility that I have? Because I will deal with your reason, and if you can’t be reasonable and I can’t deal with your logic, you’re fired. That’s it. That is it. I trust you guys to be here." The audio clip has gone viral on social media, with many praising Tom Cruise for laying importance on the safety of all the crew members on his film, while also emphasizing on not compromising the risk of shutting down filming.

Shooting on Mission Impossible 7 was stalled for five months and production resumed in Norway, with the makers pushing the film's release to November 19, 2021. Tom Cruise will be reprising his role as Ethan Hunt in the seventh installment of the spy film series and once again with director Christopher McQuarrie, who previously worked on 2015's Mission: Impossible – Rogue Nation and Mission: Impossible – Fallout in 2018.  Below is the leaked audio clip: