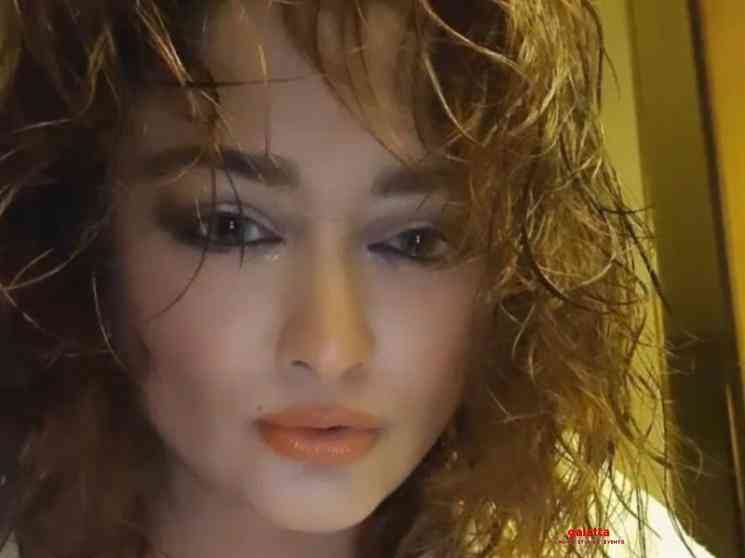 Actress Kiran Rathore has been a popular name among South Indian cinema fans ever since her entry in the early 2000s. Having made her Tamil cinema debut in 2002 opposite 'Chiyaan' Vikram in Gemini, the film turned out to be a box office blockbuster landing her a number of big offers alongside top superstars. Kiran's most notable work includes films such as Villain opposite 'Thala' Ajith, Kamal Haasan's Anbe Sivam, Winner, which had her in a few rib-tickling sequences with Prashanth and Vadivelu, SJ Suryah's New, Karthi's Saguni and Vishal's Aambala to name a few.

Kiran, who also happens to be a skilled dancer, shook her feet in the Sarath Kumar starrer Arasu, followed by the "Vaadiyamma Jakkamma'' song alongside 'Thalapathy' Vijay in Thirumalai, including the "Maana Madura" song in Vishal's Thimiru, with her last major starring role being the Sundar. C film Muthina Kathirikai in 2016. Awaiting the release of Santhanam's Server Sundaram in which she is said to be playing a pivotal character, Kiran has been posting jaw-dropping pictures on her social media pages for a while now. Likewise, the Gemini actress recently shared a racy photo of herself in only a bathrobe, with the caption, "Look forward to the unexpected", which has since gone viral on social media. Check out Kiran's photo on her Twitter page below:

Look forward to the unexpected 😃😘 pic.twitter.com/ckPUhUfB9Z

It is to be noted that Kiran was quite active during the lockdown period by sharing pictures and videos, which went on to trend on various social media platforms. Earlier this year in May, the popular actress posted a short clip from her film Winner in which she is seen sporting a bikini in the song "Endhan Uyir Thozhiyae". Sharing the video clip of the chart-buster song on her Instagram page, Kiran informed followers how it took a lot of convincing from the makers of the film to make her agree to putting on the swimwear. She wrote, "My first and the last attempt of trying a bikini shot ... the makers took 6 months to convince me wearing a two piece ..but still had lot of questions toin in my head while wearing this .. not coz of having an issue wearing it but was quite apprehensive regarding my weight at that time of the shoot... but song and the film became a hit .. and I know I disappointed many fans giving such shots .. but all wells when ends well .. in fact will be doin this again with a more perfect summer body".