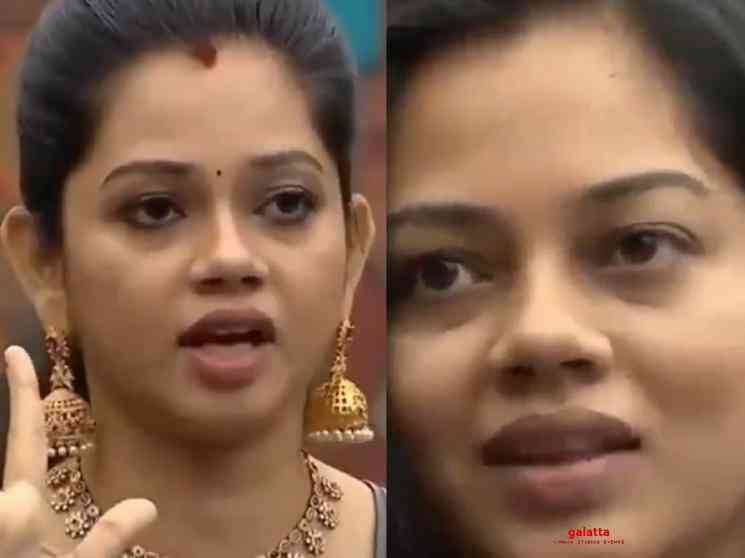 Bigg Boss Tamil: Season 4 has started to gain good momentum in the past few days and we are just one month away from knowing the winner of the show. Currently, there are 10 contestants inside the house and it includes Archana, Aari, Balaji Murugadoss, Aajeedh, Gabriella, Rio Raj, Anitha Sampath, Ramya Pandian, Shivani Narayanan, and Som Shekar. The fans have been noticing all the activities of the housemates through the episodes and they pay attention to detail in many places.

As a result, the fans express their opinion, likes and dislikes about a contestant with a solid proof. We had earlier seen the fans spotting Archana not wearing her mic while talking to Som Shekar in one of the scenarios and the video went viral on social media. Few days after the video’s release, the show’s host Kamal Haasan warned Archana about it and she was asked not to repeat that again. Such has been the impact and involvement of the fans who boldly pinpoint the mistakes, twisted words, double games of many contestants.

The latest person to have grabbed the attention of the netizens is Anitha Sampath who is spotted talking differently about the same topic in two different situations. During the recently concluded weekend episode, Anitha told Kamal Haasan that she cooked for all the members inside the house during the ‘Puthiya Manitha’ (Robot) task and she sounded very emotional about it. All the housemates acknowledged her work and she was appreciated by Kamal Haasan for the same. She had mentioned that she cooked for the entire house when she was a human (during the task).

However, the next day, when she had an argument with Rio, she claimed that she cooked for the housemates when she was a robot and pointed out that Rio was wrong. However, the fans have found out that it is Anitha who has talked differently about the same topic. During the argument between Rio and Anitha, Aari made it clear that Anitha had cooked for the whole house only when she was a human. Though Aari was clear on his point, a certain section of the fans were quite confused about it. The confusion has now been cleared with this newly released short video that easily gives us a picture of who is at fault.

What you will say for this... ???#Anitha's moodswings according to places... pic.twitter.com/nV5Qkkob7a