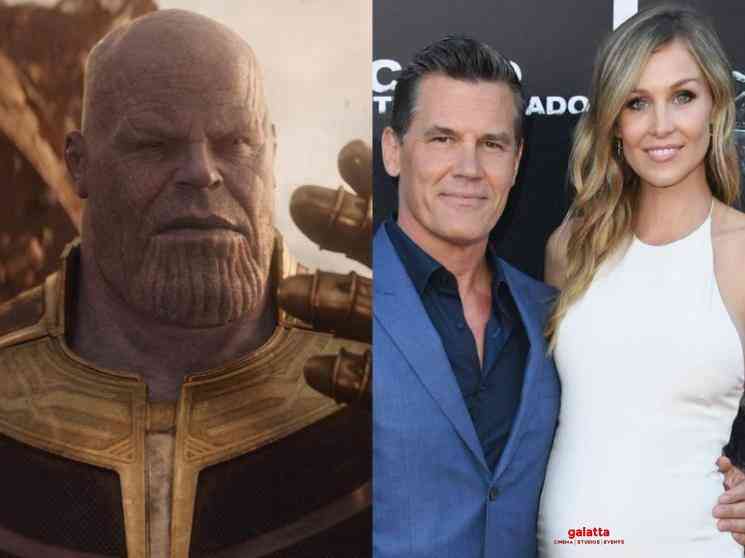 Academy Award-nominated actor Josh Brolin, known especially among fans in India for starring as the 'Mad Titan' Thanos in the Marvel Cinematic Universe (MCU) films, revealed on his Instagram page that his wife Kathryn has given birth to their second daughter. The news was first announced by Kathryn, who revealed their second baby girl, whom they have named Chapel Grace, was born on Christmas day at 6:20PM. Sharing a picture of her newborn, she wrote, "Baby Chapel Born at 6:20 pm on 12/25/20 Our little Christmas evening angel... Chapel Grace Brolin".

Kathryn shared another picture of Chapel Grace, with Josh Brolin shortly after reposting it and writing, "Chapel Grace. Everywhere we have traveled the one place Kathryn and I always found a great solace in were chapels. Not being particularly religious, but a God feeling heavily inundating our lives, chapels have always been the sanctuaries where we felt most connectedly free to give thanks. Chapel Grace is, to us, a manifestation of that celestial feeling that was always felt as we meandered and knelt." The 52-year-old Avengers: Endgame actor married Kathryn in September 2016 and also has a two-year-old daughter Westlyn Reign. The veteran actor also has two adult children - daughter Eden, 26, and son Trevor, 32 - from his first marriage to actress Alice Adair. Below are pictures of the Brolins' second baby girl:

Josh Brolin was a major reason for the success of the Avengers films by portraying Marvel Comics' iconic supervillain Thanos. His character, which for the most part arched over all the MCU movies for well over a decade, came to a conclusion starting with 2018's Avengers: Infinity War after which he was killed off in Avengers: Endgame in 2019. It is to be noted that Brolin had also played the Marvel comic book character Cable in Deadpool 2. As for his upcoming roles, he will once again be reprising his Thanos as a voice actor for the upcoming MCU animated streaming television anthology series What If...? created for Disney+. The first season of What If...? is expected to be released in mid-2021 with 10 episodes and will be set in Phase Four of the MCU. Brolin's next big cinematic role will be Denis Villeneuve's Dune scheduled to play theatrically on October 1, 2021 in the United States in IMAX and 3D, while it will also be streaming simultaneously for a month on HBO Max. He is also starring in the Sean Penn directorial Flag Day.