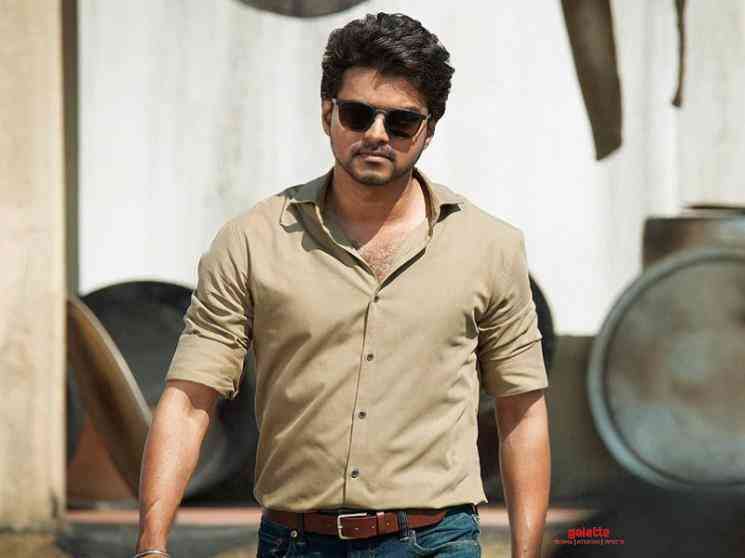 A film that has sky-high expectations surrounding it right from its announcement last year, the 'Thalapathy' Vijay' and 'Makkal Selvan' Vijay Sethupathi starrer Master directed by Lokesh Kanagaraj and featuring music by Anirudh Ravichander under the XB Film Creators banner is gearing up for a massive theatrical release. Initially slated to hit screens on April 9 earlier this year, leading Tamil film distributor Tiruppur Subramaniam addressed media persons and informed that Vijay's Master will be coming out in theatres worldwide as a Pongal release on January 13, 2021. Produced under Xavier Britto's XB Film Creators banner, the production house too released a special promo pre-release video for fans informing that a huge announcement will be made on Tuesday (December 28) afternoon at 12:30PM, which is said to be the final release date update. Below is XB Film Creators' latest video announcement for Master:

Earlier in the day, Tiruppur Subramaniam informed media persons that XB Film Creators had told the theatre owners and distributors association to announce that Master will be releasing for Pongal 2021. He further went on to state that the film will for the first time be simultaneously released in Hindi across North India along with its Tamil and Telugu versions in South India and around the world. He further expressed his gratitude to Vijay for standing by theatre owners and distributors in his decision to get Master out only in theatres when he had options to release it on OTT streaming platforms. He added that Master had been ready for release in March this year, while thanking distributor Lalit Kumar of 7 Screen Studios on behalf of the Tamil Nadu Producers Association, Tamil Nadu Distributors Association and Tamil Nadu Theatre and Multiplex Association for holding on to bring the film in theatres despite the growing amount of possible debts he might have incurred over the 10-month period.

Tiruppur Subramaniam informed that they have requested Tamil Nadu Chief Minister Edappadi K. Palaniswami and the Deputy CM O. Panneerselvam to allow theatres in the state to function at 100% seating capacity and assured that all safety protocols will be followed. He also stated that Vijay had been stern in his decision to not get Master released on any OTT platform, despite offers from many leading streaming players. He further said that others in the Tamil film industry need to think like Vijay to bring films out in theatres on a first priority basis, which will help the business.