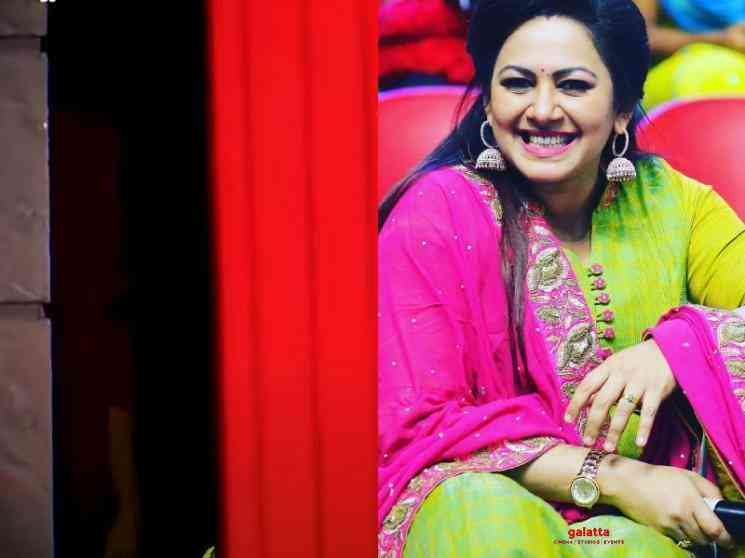 The fourth season of Bigg Boss Tamil is running successfully and the show has entered the second week from today (October 13). By the end of this week, we would be getting to know the first eviction of this season and 7 contestants have been nominated to be in the danger zone. The list includes Rekha, Sanam Shetty, Samyuktha, Gabriella, Aajeedh, Ramya Pandian and Shivani Narayanan. The votings have begun and the people of Tamil Nadu have started to extend their support to their favourite contestants. Meanwhile, here is an exciting update about the entry of a new contestant. Yes! Bigg Boss 4 Tamil is going to witness a wildcard entrant very soon and the next few days are going to be full of fun and entertainment.

Popular video jockey and anchor Archana will be the new contestant of Bigg Boss 4 and if reports are to be believed, she has already been quarantined at a popular hotel before her entry. Archana’s name was already there in the speculated list of Bigg Boss contestants, but she couldn’t join on the first day because she was associated with another leading Tamil channel. It looks like the issues have now been sorted out and Archana is on the way to make her entry into the Bigg Boss house.

Archana, on her Twitter page, liked one of the tweets regarding her Bigg Boss entry, thereby confirming the news. Archana liked a tweet that read, “@ArchanaChandhok if the news of u #BiggBossTamil4 is true Please play the game INDIVIDUALLY,”. She has also been posting pictures of her daughter and husband on her Instagram page which adds up to the confirmation. It can be noted that the dubbing of Sivakarthikeyan starrer Doctor happened a few days before and it was Archana who was present at the dubbing studio to lend her voice for her portions. Archana will be seen playing an important role in Doctor which will also mark the acting debut of Archana’s daughter, Zaara. It looks like the talented anchor wanted to complete all her other commitments before entering the Bigg Boss house.

We have known Archana as a fun loving host who lightens up the mood of the viewers through her casual anchoring. Will we get to see a different side of her in Bigg Boss 4? The competition definitely sounds exciting and more names are expected to join the show in the coming weeks. Details regarding Archana’s entry inside the house are yet to be known and we will update about it in the coming days. Stay tuned for more updates.